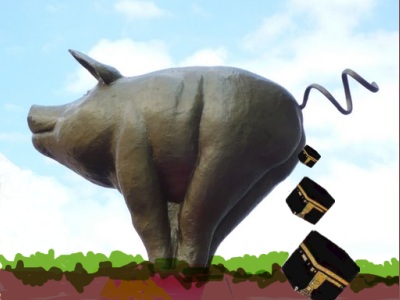 
BERKELEY, Ill. — Safoorah Khan had taught middle school math for only nine months in this tiny Chicago suburb when she made an unusual request. She wanted three weeks off for a pilgrimage to Mecca.

The school district, faced with losing its only math lab instructor during the critical end-of-semester marking period, said no. Khan, a devout Muslim, resigned and made the trip anyway.

Justice Department lawyers examined the same set of facts and reached a different conclusion: that the school district’s decision amounted to outright discrimination against Khan. They filed an unusual lawsuit, accusing the district of violating her civil rights by forcing her to choose between her job and her faith.

Click on the title to read the whole thing at Jihad Watch.
Posted by Pastorius at 11:43:00 pm