Spencer: The Inquisition of Melanie Phillips 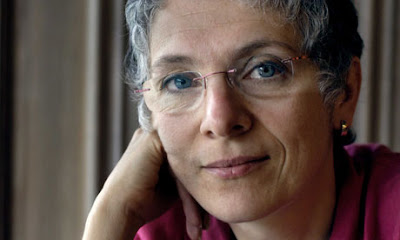 Melanie Phillips is in trouble for calling Jihadist murderers "Savages". Because, apparently it would be better if she just considered it acceptable course of human events that people would stab a three month old baby to death.

In FrontPage this morning Robert Spencer discusses the latest challenge to the freedom of speech in Britain:


Last week British columnist Melanie Phillips wrote a blogpost at the Spectator entitled “Armchair barbarism,” discussing the brutal jihad murders of the Fogel family in Israel. Her references to the “moral depravity” of the Arab “savages” who committed the crime have gotten her in hot water with Britain’s hyper-PC Press Complaints Commission, which has launched an investigation.

Phillips is being investigated, ironically enough, for writing that “the moral depravity of the Arabs,” as she chose to term the murderers of the Fogels and those in Gaza who celebrated those murders, “is finding a grotesque echo in the moral bankruptcy and worse of the British and American ‘liberal’ media.” And as if on cue, the watchdog organization in Britain of that liberal media swooped down upon her.

The irony was compounded by a further statement in Phillips’ column: “Overwhelmingly, the media have either ignored or downplayed the atrocity – or worse, effectively blamed the victims for bringing it on themselves, describing them as ‘hard-line settlers’ or extremists.” In this case, however, they were not blaming the victim, but blaming the columnist who spoke forthrightly about the nature of the murderers.

After the column was published, the P.C. Commission received two complaints about it: one from Engage, a group that is dedicated to advancing Muslim participation in British society, and from one of Britain’s most prominent Muslim leaders, Inayat Bunglawala, the chairman of Muslims4UK. Bunglawala fumed that Phillips’ words “went far beyond just denouncing the killings. It was a far more generalised racist outburst against Arabs as a whole.”