The Muslim World and the Left Turn on Barack Obama

The Muslim world is going Ceaucescu on Obama

Muslims beat, stomp effigy of Obama in protest...
Meanwhile, the Left is accusing Obama of being Sarkozy's Poodle, etc.
Check out Zombie's site. It's awesomely awesome, and wicked funny too. 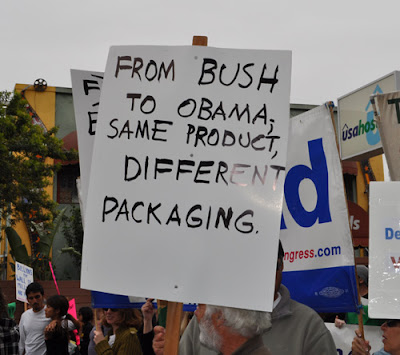 Any visit to an "anti-war" rally will reveal that it's not war the far-left opposes, but rather any action that promotes America's interests. As photographs found by Zombie graphically illustrate, this past Saturday's protest in L.A. was no exception.
READ

Lots of hot air coming out of it!The dummy i mean.:)

Imagine, Gaddafi sitting in an Indian teepee smoking Libyan Hashish in a Native American's Peace Pipe while Apaches are blasting the shit out of him with Tomahawks !

I know that "Red Skin's" head thinks differently after a "Cold one"... But to support Gaddafi ?