CNN's Fareed Zakaria: Uprisings have shown that Muslims "want modernity, jobs and democracy more than they want an Islamic caliphate" 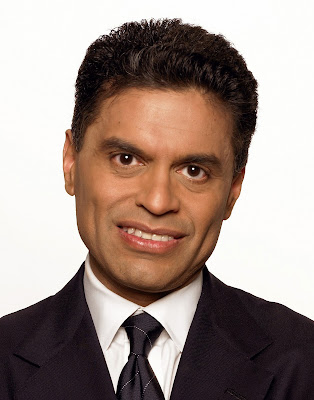 Fareed Zakaria is a two-faced liar
this photo ought to be in the dictionary under the definition of "two-faced"
And if you think I just picked a bad photo, look at these
Because I dislike Fareed Zakaria SO MUCH, I am going to rip this post off from Robert Spencer in it's entirety:


I am writing this in an airport lounge somewhere in the United States, and Fareed Zakaria is on CNN explaining it all for us at high volume on the TV overhead. I was doing my best not to pay attention, but I just heard him say, in a piece asserting that al-Qaeda's influence is waning in the Islamic world, that the recent uprisings all over the Middle East show that Muslims there "want modernity, jobs and democracy more than they want an Islamic caliphate."

I'm not really surprised that the mainstream media is still peddling such corrosive drivel, but Zakaria might have been kind enough to take even cursory notice of recent stories such as these:

More taqiyyah that the left will consume like candy.

Perhaps, anon 1, but the numbers of those consuming Zakaria's b.s. is dwindling - as evidenced by CNN's viewership which is steadily shrinking.

British government statistics:
22% Paki/Banglawhatnots boys
67% Hindu girls
manage to get 5 good GSCE passes (equivalent to GED).
That same 22% is also the largest percentage of pseudo-English inhabiting Her Majesty's prisons.
Now tell me who really wants to get a good job.

I don't know if he's lying, or if he actually believes what he says, but either way, the people who hired him are ignoring things they don't want to hear, things that they should be paying attention to. A lot more innocent people may die because of their unwillingness to deal with what's actually going on.

The power of wishful thinking and denial has never been more evident than in this fool.

This is a 1939 man, not because he is an appeaser or not (that actually doesn't even matter), but because he can find such amazing ways of deceiving himself by trying to convince others the sky is green.

It will be fun to see how he reacts when the MB takes power via vote in Egypt and begins to squeeze in a remarkably un-Jeffersonian, but Quranically justified manner.

No doubt he will excuse this as a reaction to the long colonial abuses of the west, which will be discarded soon by the Arabs.

Damien,
Look at his face; look at the smile.

Does he look genuinely happy in any photograph?

Or, does it look like he can not conjure up a smile to save his life?

Does he look sincere?

Does he look caring?

Looks like one ugly son of a bitch to me!

He would be a good candidate for a bobble headed doll.