SAN FRANCISCO (AP) — A former stockroom worker for Abercrombie & Fitch Co. sued the clothing retailer in federal court Monday, saying she was illegally fired after refusing to remove her Muslim headscarf while on the job.

Hani Khan said a manager at the company's Hollister Co. store at the Hillsdale Mall in San Mateo hired her while she was wearing her hijab. The manager said it was OK to wear it as long as it was in company colors, Khan said.

Four months later, the 20-year-old says a district manager and human resources manager asked if she could remove the hijab while working, and she was suspended and then fired for refusing to do so.

It's the latest employment discrimination charge against the company's so-called "look policy," which critics say means images of mostly white, young, athletic-looking people. The New Albany, Ohio-based company has said it does not tolerate discrimination.

"Growing up in this country where the Bill of Rights guarantees freedom of religion, I felt let down," Khan, now a college student studying political science, said at a news conference. "This case is about principles, the right to be able to express your religion freely and be able to work in this country."

Abercrombie defended its record in a comment provided to The Associated Press, saying diversity in its stores "far exceeds the diversity in the population of the United States."

"We comply with the law regarding reasonable religious accommodation, and we will continue to do so," said Rocky Robbins, the company's general counsel. "We are confident that when this matter is tried, a jury will find that we have fully complied with the law."

Ok, first off, let's be real, this chick is fugly:

And, second, if you were a Muslima who believed in "Modesty" (read, enforced slavework in a portable concentration camp) would you want to work at a store which portrayed itself thusly? 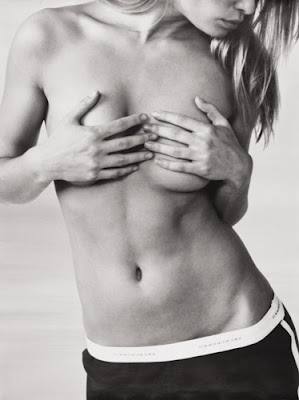 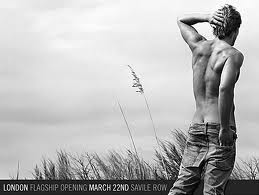 WHAT THE HELL SHES NOT UGLY YOUR JUST AN ASS