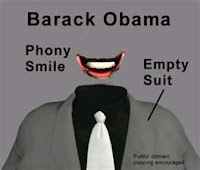 Obama, once again, turns to the cult of personality as an election strategy:

Gen44 is the newest program here at the DNC - created to cultivate and empower a rising generation of leaders of the Democratic Party. Are you Gen44?

...The West Wing charm offensive shows how Obama’s White House, which has eschewed Clinton-style traditions of feeding donor egos with Lincoln bedroom overnights and frequent phone calls from the president, is adjusting itself for a campaign that needs to overcome low approval ratings and a sour economy

With the economy in the dumper, will the American electorate be as susceptible to the "charm offensive" as in 2008? I think so - if the GOP doesn't get its act together.
Posted by Always On Watch at 10:03:00 pm

anyone who labels themselves with - Gen44 - connotes freeloader ambition building a personal record of reckless failures and yielding these failures with the audacity of pride in failure while demonstrating their personal slacker as the visual presentation to go unquestioned & unchallenged if not admired.