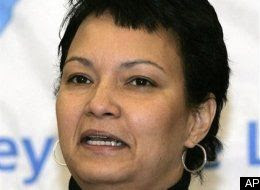 
The Obama cabinet secretary who launched a costly program to make America’s minority communities green has sent millions of taxpayer dollars to environmental causes overseas, including China, Russia and India. Ranking members of a congressional energy committee call it “foreign handouts” amid record deficits, soaring unemployment and a looming debt ceiling in the U.S.

The money—$27 million since 2009—has been issued by the Environmental Protection Agency (EPA), which is headed by Lisa Jackson. The cash was issued via 65 foreign grants that don’t even include Canada and Mexico, according to a report issued this week by the House Energy and Commerce Committee.

Among the enraging foreign handouts are $1.2 million for the United Nations to promote clean fuels, $718,000 to help China comply with two initiatives and $700,000 for Thailand to recover methane gas at pig farms.

This sort of federal spending does not reflect the priorities of the American people, according to a letter that several lawmakers sent Jackson in the report’s aftermath.

Since being appointed EPA Administrator, Jackson has gone on a manic spending spree to bring “environmental justice” to low-income and minority communities. Under the program, dozens of leftwing groups have received millions of taxpayer dollars to help poor and indigenous people increase recycling, reduce carbon emissions through “weatherization,” participate in “green jobs” training and avoid heat stroke.

The EPA's budget has also surged 34% since Jackson took over to a whopping $10.3 billion. The figure includes $43 million for efforts to reduce greenhouse gases that the agency claims “endanger” public health. Nearly half of the EPA’s budget goes to grants that fund state environmental programs, nonprofits and educational institutions that help promote the agency’s agenda.