Did you know that Obama has parasitic species named after him? 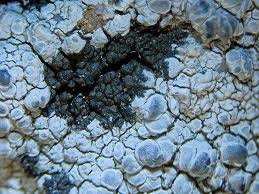 And it looks like a Giant Black Pussy, just like Barry.
From Wikipedia, via Watcher at Eye on the World:


Caloplaca obamae is a species of lichen in the fungus genus Caloplaca. It is the first species to be named in honor of United States President Barack Obama.

Lichen associations may be examples of mutualism, commensalism or even parasitism, depending on the species.

How weird is this?

PS: I'm highly allergic to mold. Actually causes me to have vision trouble that is vision robbing if not treated (iritis, aki uveitis). Just sayin'.