U.S. Gov. Study: Muslim terrorists are widely misunderstood and don’t wish to impose Islam around world as is commonly believed in the west. 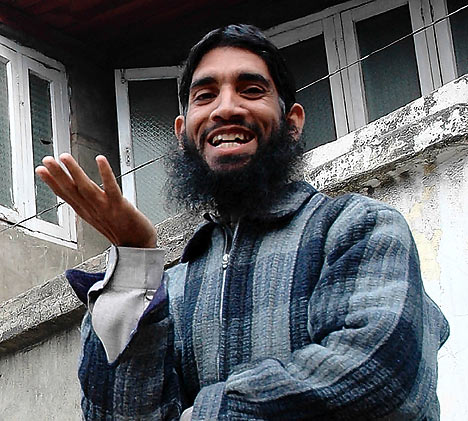 
A new government study says Muslim terrorists are widely misunderstood and don’t wish to impose Islam around world as is commonly believed in the west, they simply murder innocent people to defend against foreign attacks by enemies of Islam.

At least that’s what the experts at a public university in Arizona have determined. They offer details and make rather comical recommendations to counter terrorism in a taxpayer-funded study released this week. The highly-regarded academics operate a special center dedicated to studying the role of communication in combating terrorism, promoting national security and successfully engaging in public diplomacy worldwide.

To fulfill this mission, the center gets big bucks from the U.S. government. In fact, earlier this year it got a rather generous $6.1 million grant from the Department of Defense (DOD) for a neurophysiological study involving narrative comprehension and persuasion.

The center’s biggest project, however, is a six-year, $4.5 million study on Islamist extremists’ use of narrative to influence contested populations in the Middle East, Southwest Asia, North Africa and Europe.

That brings us back to this week’s rather sympathetic report (How Islamist Extremists Quote the Qur’an) portraying Muslim terrorists as misunderstood by westerners.

It spans 14 pages, but here is the gist of it; based on how they quote religious texts (Quran), Islamic extremists are not “an aggressive offensive foe seeking domination and conquest of unbelievers, as is commonly assumed. Instead they deal with themes of victimization, dishonor and retribution.”

The report continues: “The verses frequently utilized by extremists” address subjects such as “enduring hardships and the importance of fighting against the unjust unbelievers who oppress men, women and children.” This shows close integration with the rhetorical vision of Islamist extremism, according to the brilliant academics that compiled this on the government’s dime.Now that we better understand these violent terrorists, researches recommend that the west abandon claims that Islamist extremists seek world domination, focus on counteracting or addressing claims of victimization, emphasize alternative means of deliverance and work to undermine the “champion” image sought by extremists.

After all, “studies” have shown that al Qaeda-linked militants are 38 times more likely to kill a Muslim than a member of another group, according to these researchers, who say this is hardly the activity of a “competent champion.”

It is important to be realistic about Islamists’ arguments when trying to counter their influence attempts, says a professor to co-authored this study. “If we try to portray them as evil conquerors when their audience sees them as protectors and champions, it damages our credibility and makes our communication less effective,” he said. The report’s lead author confirmed that “what extremists are really saying to Muslims is ‘our communities are under siege and God will defend us if we have faith and courage’.”

This is a schizophrenic study -- that is, detached from reality.