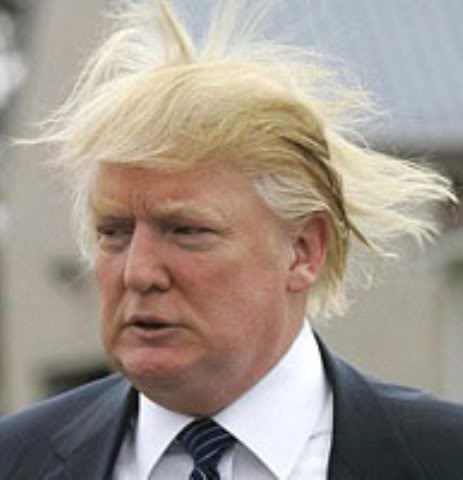 Wait, did you say I am supposed to be helpful?

From Sonic Charmer at Rhymes with Cars and Girls:


A few days ago Donald Trump said he was going to reveal something on Wednesday that could affect the Presidential race. That’s today, and now reports are trickling out that what he’s revealing are…un-filed divorce papers drawn up by Michelle Obama.

Let’s see, how will this affect the Presidential race?

1) If the news is entirely comprised of the fact that the Obamas once had marital troubles, but worked through them, this mostly gets an “Awwwwww!” from all the female voters out there. Advantage: Obama.

2) But, you say, divorce papers usually have juicy stuff inside them. After all it was the contents of, not the fact of, leaked divorce papers that (mysteriously!) took down two of Obama’s prior electoral rivals. So what could be in these divorce papers? There aren’t that many possibilities, really.

2a) Infidelity: Obama cheated with another woman. How will people react? ‘He’s a player! We never realized! This makes him Clinton-esque!’ Advantage: Obama.

2b) Homosexuality: Obama, confirming certain rumors, is a closet homosexual, or at least was into the homosexual ‘scene’ back in Chicago (but gave it up?). This is a BIG wild-card, but I have to think that if it actually came out, in the end the story would be: ‘Obama is even more Diverse than we thought. He has really lived the whole Minority experience in every dimension! Such a Compelling Life Story!’ Advantage: wild-card, but I’m saying Obama.

THERE'S MORE. GO READ THE REST, INCLUDING THE COMMENTS.
Posted by Pastorius at 4:40:00 pm

The news is that Trump will donate $5m to any charity if Obama releases his college records and his ORIGINAL passport data.


I think Trump thinks he claims to be a minority immigrant in order to get admitted to Harvard and get the scholarship $.

It's the fifth ring of a second rate cirucs

So Trump told Fox he was going to reveal something on Wednesday that Fox would cover in a big way and then he goes and announces that he's basically got nothing and would give 5 million to a charity if Obama could release the records he wants?

WTF? Why does anyone even listen to this idiot?

I'm starting to think Trump is working for the Democrats and his sole purpose is to attempt to make Republicans look like fucknutz.

The only thing Trump is revealing is his ego needing constant twitting since he's been out of the spotlight for a few weeks.