Senator Portman: We Need to Find Out If Obama Ever Issued the Order to Secure Benghazi Consulate …(There was no order)

FROM GATEWAY PUNDIT:
On Friday Barack Obama told Denver’s 9News that on 9-11 he gave the directives to “make sure that we are securing our personnel and doing whatever we need to” to ensure their safety in Benghazi.

Late on Friday former Assistant Defense Secretary Bing West told FOX News that if the directive was made to secure our personnel there would be a paper trail.
Today Ohio Senator Rob Portman told FOX News Sunday that we need to find out if this order was ever issued.

There was a shocking breakdown operationally not having the security there in the first place. And not to respond to these guys and their pleas for help for seven hours during a firefight. It’s unbelievable. And, now we’re hearing that the President of the United States, based on his own words, issued a directive immediately after he found out about the firefight saying he wanted to be sure the people on the ground were safe and they were getting what they needed. It didn’t happen. This means that either the president’s order was not followed. Which would be a breakdown in terms of the White House procedure or it means the order wasn’t issued. We need to find out about this. It’s not about politics.

Retired Army Lt. Col. Tony Shaffer said Saturday he has sources saying President Barack Obama was in the room at the White House watching the assault on the U.S. Consulate in Benghazi, Libya unfold.
So, where's the Paper Trail? 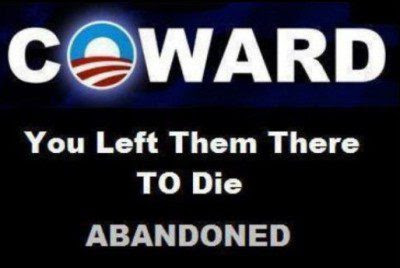