When even the cynical are shocked? What does that mean?

Israel rattled by rise in anti-Semitic rhetoric from Egypt


The new tone coming out of Egypt - punctuated by President Mohammed Morsi mouthing “Amen” to an Imam’s call for the destruction of Israel - is rattling residents of the Jewish state, who claim the Obama administration isn’t taking the ratcheted-up rhetoric seriously. 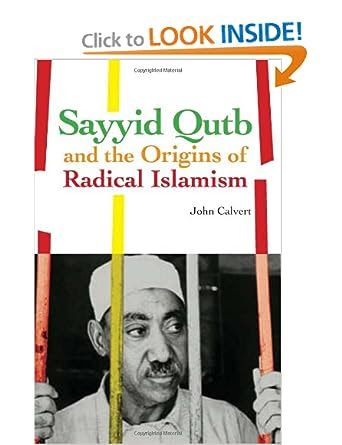 Lip reading by the Anti Defamation League and the Middle East Media Research Institute confirmed Morsi’s approval of a prayer delivered by influential Imam Futouh Abd Al-Nabi Mansour last Friday, in which he stated, “Oh Allah … grant us victory over the infidels. Oh Allah, destroy the Jews and their supporters.” Israelis already nervous by the rise of Morsi’s Muslim Brotherhood say it is the latest example of a disturbing trend.
“There is no question that the rise to power of the Muslim Brotherhood has prompted open expressions of anti-Semitism in ways that were never publicly expressed during the Mubarak period,” Efraim Zuroff of the Simon Wiesenthal Center’s Israel office told Fox News.com. “The Obama administration is treating this far less seriously than it should be.” 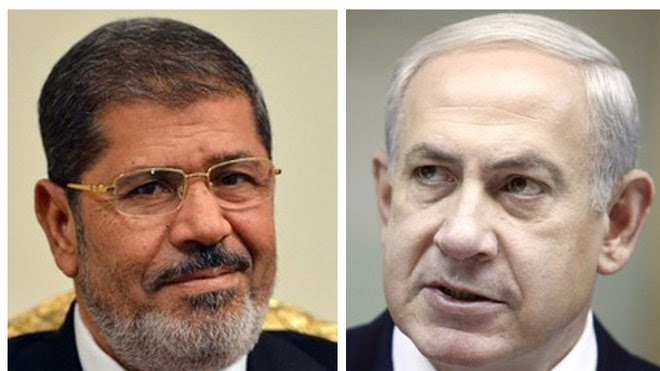 After 1450 years the Jews are surprised a (maybe THE) political and military leader of the Sunni Arab nation that he says ‘amen’ to a prayer which basically urges death to the Jews (and their supporters, ahem)?
Here is the philosophical leader’s comment about that:

…explaining the purpose of man and his historical role in philosophical terms … is one of the tricks played by world Jewry, whose purpose is to eliminate all limitations, especially the limitations imposed by faith and religion, so that Jews may penetrate into body politics of the whole world and then may be free to perpetuate their evil designs. At the top of the list of these activities is usury, the aim of which is that all the wealth of mankind end up in the hands of Jewish financial institutions which run on interest. [Milestones, p.110-111]

What could possible be surprising that the CHILD of this upbringing wants Jews dead, and their supporters dead?

At the beginning the enemies of the Muslim community did not fight openly with arms but tried to fight the community in its belief through intrigue, spreading ambiguities, creating suspicions. They do likewise today. They have plotted and they go on plotting against this nation. Hundreds and thousands have infiltrated the Muslim world, and they still do in the guise of Orientalists. The pupils of the latter fill today the positions of the intellectual life of the countries whose people call themselves Muslim. Their aim is clearly shown by the Protocols [of the Elders of Zion]. The Jews are behind materialism, animal sexuality, the destruction of the family and the dissolution of society. Principal among them are Marx, Freud, Durkheim and the Jew Jean-Paul Sartre.
(Sayyid Qutb, “Ma’rakatuna ma’a al-Yahud,” (Our Battle Against the Jews) [essay] 1951.

To ignore these basic racist building blocks of the freely elected govt of the people, which is similar to the MAJORITY of recently elected govt’s. from Africa thru Asia will not make it go away.
I understand that here in the USA this is a bitter truth, that any Republican leader (and any Democratic one, if there are any) simply can not touch before this election, but in Israel?
Israel will lose this war, and make no mistake, it is a war, if it does not construct a plan to inform the American people of the REAL attitudes of the people they face in the Middle East.

The party that propelled Morsi to power, however, has made no secret of its contempt for Judaism and Christianity. When Mohammed Badie in 2010 became leader of the Muslim Brotherhood - and consequently President Morsi’s spiritual guide - he stepped up his attacks on Israel even while Hosni Mubarak still held an iron grip on power in Egypt.
Determined to recapture Jerusalem and the Al Aqsa (Golden Dome) Mosque, Badie told his followers, “Every Muslim is obliged to wage Jihad in order to restore it (Jerusalem) to Muslim rule”. Of the Jews he added, “Allah would free the world of their filth and corruption…Jerusalem will be regained only through Jihad, not through negotiations.”
Badie’s continued use of inflammatory and racist language against Jews recently prompted the Wiesenthal Center, an internationally renowned human rights organization, to insist that President Obama condemn the Supreme Guide of the Muslim Brotherhood and, if necessary, cut off ties with the organization, until he withdraws his comments. No clear condemnation of the organization has yet been issued by the U.S. administration.
“They are giving Egypt’s new leadership tremendous latitude when it comes to things like this, despite the fact that these are the type of issues on which they should be held accountable,” Zuroff said. “It was hoped that the Arab spring would bring about a rise in democracy, but that simply hasn’t been the case. The undercurrent of Islamism from people who down the line would want to apply Sharia law in its most fundamental sense is a serious cause for concern.”

on Thursday Israeli Vice Prime Minister Moshe Yaalon, speaking on Israel radio, voiced rare recent criticism of Egypt’s efforts to rein in Jihadists in Sinai, saying, “It’s a question of Egypt deciding to assert its sovereignty against terrorists… It hasn’t happened yet.”

Rare?
Israeli criticism of the Muslim Brotherhood and these other new govts, all the choice of the people of those lands should be loud and ceaseless, both within Israel and ON TV HERE in the USA. Every opportunity should be taken to demonstrate that racism.
There is a lot of talk about a 2nd holocaust via Iran, but an Ikwhan lead Egypt will never take their treaty with the Jews seriously, and take the first opportunity to void it with it’s Army and Air Force, an Army and Air Force now equipped with American weapons (a REPEAT of 1979 in an Iran filled with F-4’s and F-14’S, and M-60’s, btw).
Israel has not had to consider a 2 front war among what it has thought about since 1973.
Meanwhile, Israel is losing the war on its own legitimacy via a racist and coded stream of blandishments and pressure from the Muslim world which began in 1973 while America waited on gas lines.
It’s time for the Israelis to wake up and strike back via the Jerry Delafemina’s here in the USA outside AIPAC and other such organizations.
It’s time for those who find among THEIR near ancestors, those who fought and won the civil rights war here, and the war against South African racism, to recognize that a far larger, far older war is THE SAME ONE.
Posted by Epaminondas at 1:02:00 pm