Of course the even more Salafi Nour party has another 25%. I think Sharia is probably ok with them.

Katatny hailed his election as “a first step” towards achieving the goals of the FJP, according to Egypt’s Al-Ahram newspaper.
In this respect, Katatny was quoted as saying that “The Muslim Brotherhood established the [FJP] to represent the Brotherhood’s political project, which, in the end, will be a wise government that will institute Islamic Shari’a law.”
Egyptian President Mohamed Morsi earlier this year ran for office on the FJP ticket. However, he resigned from the party immediately after being elected.
Last week Egyptian Muslim Brotherhood spiritual leader Muhammad Badie called on Muslims worldwide to liberate Jerusalem by means of jihad.

According to AFP, in his weekly message to supporters, Badie asserted that “The jihad for the recovery of Jerusalem is a duty for all Muslims,” stressing that the city’s conquest “will not be done through negotiations or at the United Nations.”
The Brotherhood’s Supreme Guide previously vowed that if the Muslim Brotherhood ever rose to power in Egypt, it would work to sever relations with Israel. “We are certainly not happy with the illegitimate marriage between Cairo and Tel Aviv,” he said.
“Once we rise to power we will change many things in Egypt’s policy, starting with the country’s relations with Israel which have caused us great harm.” 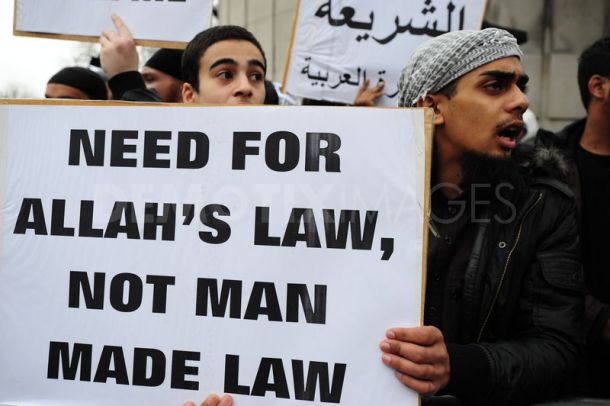 The imams and mullahswho speak out propaganda about how Islam incites male Muslims to respect the rights of women is a very false claim indeed. As the first picture of this article exposes.
The reality of the truth is that actions speak louder then words and the actions of male Muslims, many times, are so heinous and cruel to girls and women that Islam is,in truth, a religion of misogyny. furthermore, the many other claims made by thr Islamc clerics of how true and good Islam is are also nothing but falsehoods.