Doctors in the U.K. have been asked to designate 1 percent of their patients as likely to die in the next year. The plan is to usher those patients into end-of-life treatment, a move that the government estimates would save the National Health Service £1.35 billion a year.

“Say, listen, you really aren’t leading much of a life, and you are taking up valuable medical, and economic resources and some 20 year old might come off a motorcycle accident and need these resources, so let’s talk about what you can do to make these resources more available, you know, as a PATRIOT?”

‘Ok docs’, says the caring govt, ‘you have a 1% quota’ to designate for the end of life.
And if you don’t?
What does the govt do? Cut your finding? Audit your practice? Have a license hearing?  Force you into a less lucrative specialty?

In a “toolkit” introduced by Norman Lamb, minister of state for care services, doctors are advised that during routine consultations they should look for “indicators of frailty and deterioration” and that “older people are a priority to consider” because “around 70 percent to 80 percent of all deaths are likely to benefit from planned end-of-life care.”

Could the entire idea of national mandated ‘care’ POSSIBLY be any more disgusting?
How many of you readers have a grandmother, mother or great grandmother active of mind, active of body and vulnerable to someone else’s quota?
Thinking, OH… it;s the UK, not Obamacare?
Now remember this is Obamedia ABC’s sunday news show writing this:

Dr. Ezekiel Emanuel, the health-policy adviser at the White House’s Office of Management and Budget — who has been caricatured by conservatives as a “Dr. Death” seeking to pull the I.V.s out of your grandparents’ arms in the name of cost containment – is not happy.
Asked by ABC News in an interview about the thoroughly discredited claim by former Alaska Gov. Sarah Palin to paint his philosophical writings as evidence – along with a provision providing optional end of life counseling in the House Democrats’ health care reform bill – that President Obama wants to set up “death panels” to deny medical treatments to seniors and the disabled, including her son Trig, Emanuel, brother of White House chief of staff Rahm Emanuel, does not hold back.
“It’s an absolute outrage that you would take first of all a provision written in the bill,” Emanuel says, a provision allowing for “doctors to talk to patients about end of life care, and turn it into the suggestion that we’re going to have euthanasia boards – that’s a complete misreading of what’s there. It’s just trying to scare people.”

Before this quota in Britain, just what exactly do you think UK care was?
Here is Ezekiel Emanuel …

Allocation of very scarce medical interventions such as organs and vaccines is a persistent ethical challenge. We evaluate eight simple allocation principles that can be classifi ed into four categories: treating people equally, favouring the worst-off , maximising total benefi ts, and promoting and rewarding social usefulness. No single principle is sufficient to incorporate all morally relevant considerations and therefore individual principles must be combined into multiprinciple allocation systems. We evaluate three systems: the United Network for Organ Sharing points systems, quality-adjusted life-years, and disability-adjusted life-years. We recommend an alternative system—the complete lives system—which prioritises younger people who have not yet lived a complete life, and also incorporates prognosis, save the most lives, lottery, and instrumental value principles. 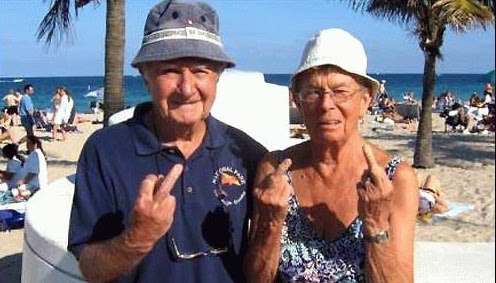 Saving YOU is not saving the most lives

Read the basis for Obamacare when you get ‘frail’ HERE
Then make up your own mind about the UK, and what we can expect here.
Decisions about the end of YOUR LIFE, YOUR WIFE’S LIFE, YOUR PARENT’S LIVES, will be in the hands of those who control the doctors pay. Not a commercial corporation which has to worry the family will sue them, but the govt, LITERALLY indemnified from penalty, or ANY ACTION by you and yours.
Posted by Epaminondas at 1:48:00 pm