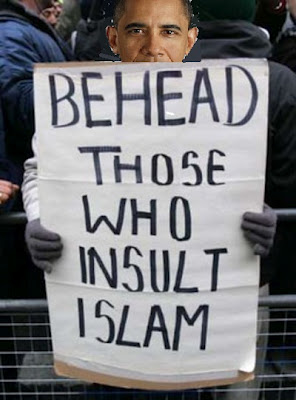 Is the man the Obama administration appointed on October 4 as key investigator for the terror attacks in Benghazi an Islamist-sympathizer? According to recently published reports, the new chairman of a State Department’s “Accountability Review Board,” which is heading the federal investigation into the Benghazi terror attacks, has been accused of being an “apologist for Islamic terrorism who has a cozy relationship with Iran.”

What’s more, the man in question — former Ambassador Thomas R. Pickering — has documented ties with the controversial group, the Council on American-Islamic Relations (CAIR). CAIR, of course, is a documented Muslim Brotherhood affiliate and was named unindicted co-conspirators in the Holy Land Foundation trial — the largest terror-funding trial in U.S. history.

To make matters worse, Pickering is also co-chairman of the board of George Soros’ International Crisis Group who has ties to other Islamic organizations as well, including the National Iranian American Council (NIAC), which has been described as pro-Iran “front group.”

NIAC lost what Matthew Vadum at FrontPageMag describes as ”an important defamation case in federal court last month in which it unsuccessfully argued the group was not a tool of the Islamic Republic of Iran.”

This just keeps getting better and better.

This is what the administration's doing. Imagine this:

"Nicolas murders John Doe. Obama hires Nicolas to find out what happened and Nicolas says, "I have no freakin idea what you're talking about! John Doe just died. I had nothing to do with it. Obama says, "See? I investigated and there's nothing wrong with it."

The non Muslim shoots himself because he can't take the idiocy any longer. THE END"

I would have expected it to end with the Muslim blowing the non-Muslim up, but yeah....

Pickering is UNTOUCHABLE on this basis.
He was Bush 41's Russian, Indian, and UN ambassador. HE was also Ambassador to Israel while Yizhat Shamir was Israeli PM and relations SUCKED over settlements and his overt public criticisms of same (right or wrong)
BTW ..the "American Iranian Council, an organization devoted to the normalization of relations between Iran and America"

Never the less, Pickering is a LONG TERM statey - if having the appearance of an arabist. So was George Marshall is what my answer would be to this criticism if I was on the other side of this debate.

Pickering is a 'safe' pick

didge u know that was my photoshop?

I did know that a month ago, but I had forgotten.

It's very appropriate for this story, isn't it?