Obama: THE DOG ATE MY HOMEWORK (the Republican dog) 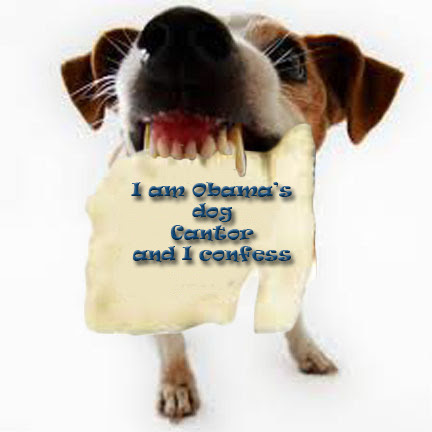 “With an endless parade of distractions, political posturing and phony scandals, Washington has taken its eye off the ball,” Obama said, according to prepared remarks released by the White House prior to his economic speech Wednesday at Knox College in Illinois. ”And I am here to say this needs to stop. Short-term thinking and stale debates are not what this moment requires.”

Former military head says it was quickly clear terrorists behind Benghazi consulate attack
Emails reveal how accuracy was scrubbed out of Benghazi ‘talking points’
IRS official testifies that political appointee’s office involved in Tea Party screening
IRS Conservative Witch Hunt Just Latest of Many Offenses House narrowly defeats NSA amendment, allowing agency to keep spying on Americans
Democratic establishment unmasked: prime defenders of NSA bulk spying
NYT: “The Obama administration made common cause with the House Republican leadership"
Exactly How the NSA Is Getting Away With Spying on US Citizens

B Obama … worse than J Carter and well on the way past W Buchanan. Accountable and responsible for nothing.
Those who simply wanted a BLACK PRESIDENT should be asking how and why the democratic establishment came to this man instead of a Harold Ford, who might have been an ACTUAL PRESIDENT.
The incompetence, the irresponsibly applied ideology, the politicizing of EVERY TINY ISSUE, the NON WASTAGE of every crisis, the war of the parties above the benefit of the nation, the arrogance and the self entitlement are absolutely nearly impossible to believe.
AND WE DESERVE THIS. He is the freely elected fool.
His failures are ALWAYS someone else’s fault.
Why?

His failures are ALWAYS someone else’s fault.
Why?

This man has never accepted responsibility of anything that didn't glorify him -- as far as I can tell from the little that we actually KNOW about him.