Interview with Miriam Shaded, Hero of the Counter-Jihad 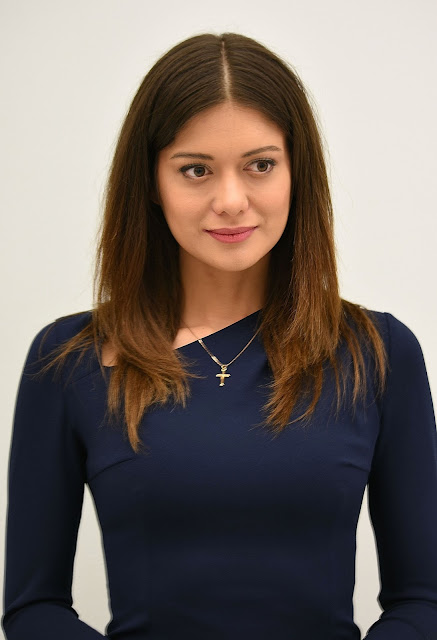 Who is Miriam Shaded?


Miriam Shaded (born June 29, 1986, Warsaw) – is a Polish entrepreneur, human rights activist and critic of Islam. She is the founder and president of the Estera Foundation tasked with bringing the Christian refugees from Syria to Poland.

Miriam Shaded was born into a Polish-Syrian family in Warsaw as the youngest of seven siblings. Her mother is Polish. Her father, Moner Shaded, was born in Syria.[1] He is a pastor of a Presbyterian church in Warsaw.[2] Ms. Shaded studied evangelical theology and works in IT projects.

She took part in the beauty contest "Miss Egzotica 2015",[3] although she had to leave before the finale. The parting statement from Miss Egzotica indicated that her divisive attitude towards other people was against the principles of the pageant.[4] On the other hand, Ms. Shaded stated that this participation was only a couple of meetings, after which she left due to bad treatment of the participants by the organizers. She further stated that the only goal of her taking part in the pageant was a search for a forum to bring an attention to the fate of Christian refugees ignored by the media and government, which can be corroborated by the videos of her in the pageant still available in the Internet.[5]


Are rapes carried out by immigrants in Germany and the bombings in Western Europe going to continue indefinitely? What to do to halt this vicious cycle of violence fueled by Islamist fanatics? We talk about it with Miriam Shaded, social activist and president of the Foundation Esther.
Only in the last few days in Germany, there has been more of rapes carried out by Islamic immigrants. Is this phenomenon going to further escalate with time?
If Germany will keep the same immigration policy that they did so far, this issue will obviously increasingly escalate. Today, Muslims in Europe are unpunished. Rapes are unpunished. The perpetrators get caught, judged, but then are released into the wild. Women who have been raped do not receive justice. I haven’t noticed however the governments in Western Europe, reacting to their grievance.
Q.Where is this immigrant aggression against European women coming from?
A. As I mentioned many times before, Islam condones rape of women, that have been “taken into possession,” he condones rape of infidels and those women who do not dress like a Muslim. The more Muslims arrive to Europe and the bigger consent to their behavior and to their promotion of hatred against women, the more rapes will occur.
Q. What to do to somehow stop or stem the wave of those rapes?
A. I think first of all you have to change the policy,the law simply has to be applied, and punishment for the perpetrators of this type of crime should be increased. Unfortunately, the situation is bad. In Sweden for example, every three minutes a Swedish woman is raped, and everything goes in that direction, and those statistics will continue to be this high, also in Germany and other European countries. At the moment, when it comes to risk of rape, Sweden is in the third place in the world. We can see clearly, where the policy of multi-culti and Islamization is leading.
Q.So there’s a simple correlation – the greater the passivity of the authorities and tolerance towards crime, the greater the escalation …
A. Yes. It’s exactly like that.