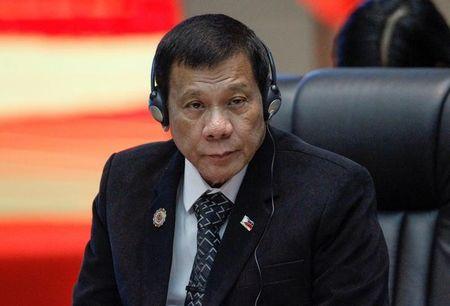 I don't know why the article avoids calling the island by it's name. The name of the island he is discussing here is "Mindanao." Zamboanga City, which the article does mention, is in Mindanao.

Duterte, who was in the spotlight last week over his televised tirade against the United States and President Barack Obama, said special forces now training Filipino troops were high-value targets for the Islamic State-linked Abu Sayyaf as counter-insurgency operations intensify.

"These special forces, they have to go," Duterte said in a speech during an oath-taking ceremony for new officials."I do not want a rift with America. But they have to go."

He added: "Americans, they will really kill them, they will try to kidnap them to get ransom."

The comment by Duterte, a former southern mayor known for his terse words and volatile temperament, adds to uncertainty about what impact his rise to the presidency will have on one of Washington's best alliances in Asia.

Duterte wants an independent foreign policy and says close ties with the United States are crucial, but he has frequently accused the former colonial power of hypocrisy when criticized for his deadly drugs war. He denied on Friday calling Obama a "son of a bitch".

Some U.S. special forces have been killed in the southern Philippines since 2002, when Washington deployed soldiers to train and advise local units fighting Abu Sayyaf in Operation Enduring Freedom, part of its global anti-terror strategy.

At the height of that, some 1,200 Americans were in Zamboanga City and on Jolo and Basilan islands, both strongholds of Abu Sayyaf, which is known for its brutality and for earning huge sums of money from hostage-taking.

The U.S. program was discontinued in the Philippines in 2015 but a small troop presence has remained for logistics and technical support. Washington has shifted much of its security focus in the Philippines towards the South China Sea.

In his speech to officials on Monday, Duterte repeated comments from last week when he accused the United States of committing atrocities against Muslims over a century ago on Jolo island.

Duterte is stating his case against America's involvement by citing atrocities against Muslims over 100 years ago?

Has Duterte converted to Islam?

Anyone got any perspective on this?

I will say this: Many would say, "Who cares about the Philippines? Just get out like he asked you." Ok, but Ramzi Yousef, the mastermind of the first World Trade Center Bombing, as well as an assassination attempt against Pakistani President Benzair Bhutto, planned these attacks from his base in the Philippines.

Mindanao is the center of Jihad in the Philippines.
Posted by Pastorius at 1:30:00 pm

The guy's a libtard. Some conservative bloggers hailed him as a hero because it sounded like he was anti Obama. But all he is is anti American.

"stay out of the affairs of Europe" George Washington's warning-today he would say - stay out of the affairs of the rest of the world--
if they the THEY kill Americans- the THEY must be killed--immediately!
just kill the muslims who organized the WTC bombings -get our troops out- and let's defend our borders--BTW-some were trained in mosques here ...
and - take back our ed system so our populous is not so easily duped!

The continued indoctrination by jihadis at U.S. universities, this time–of all places–at George Washington University!!!

"The Monkeys Have no Tails in Zamboanga"