Gay Jihad - A Jihad for Love 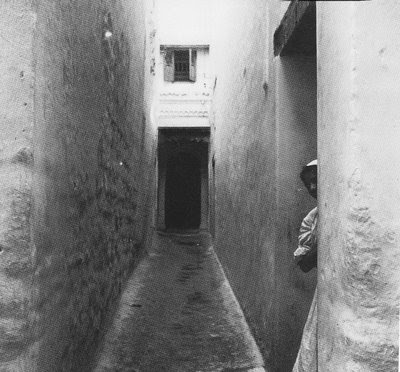 The law in Islam says gays should be put to death for the crime of loving a person of the same sex. If I were born a Muslim, and realized I was gay, I would simply leave Islam. (Of course, the law says one should be put to death for that as well.) I don't know why I'd bother sticking around and trying to fight it out.
But then, I have no connection to Islam. I just think it's an archaic. tribalistic religion. I guess if you were born into it, and your family and community connection were interwoven with this archaic, tribalistic religion, well, you still might want to hang around.
Good luck with your Gay Jihad, my homosexual Muslim friends.
From the Daily Star:

CHANNEL 4 has come under fire from Islamic leaders over a television documentary showing how gay and lesbian Muslims suffer under their laws.

Its director has already had death threats because homosexuality is strictly forbidden by The Koran.

Now station chiefs are bracing themselves for a backlash. Its digital channel More 4 will show A Jihad For Love tonight. It lifts the lid on the battle gay and lesbian Muslims face as they struggle with their faith and their sexuality.

The documentary not only shows gay Muslims daring to kiss, holding hands and talking about getting married, it also provides harrowing reports on the suffering they have faced under Islamic law.

And it reveals the death threats and punishments handed out to gays in countries including Egypt and Iran.

“I have had death threats on my blog after making this film. Some countries have even banned it. “I’ve been called an apostate because Muslims think I have insulted Islam but I think it will open up a debate.”

Islamic leaders in the UK have attacked the documentary, saying it will offend, anger and shock.

An Imam from Europe’s largest mosque The Baitul Futuh based in Surrey condemned the film last night, saying: “These people should not be confessing their sins to the television cameras. “They should be doing it in private to God and seeking forgiveness.”

Last night a Channel 4 spokesman defended the documentary. She said: “This is a sensitively made documentary that has played to critical acclaim at film festivals internationally and is a legitimate area for a documentary film-maker to explore.”

True Stories: A Jihad For Love will be shown on More 4 at 10pm tonight

If this became a legal basis for asylum, we'd be flooded by "gay" Muslims. I hope it does not.

Tell ya what. Why don't you limp on back to your goats & cows and sheep and leave the gays and lesbians alone? They haven't hurt you.

Why, I'll bet we could even get Sharma to make a documentary about your sex & love lives, there among the herds. . .

When you're not searching Google and looking at sometimes bawdy counter jihad sites for "muslim babes". . .

Does it specify anywhere in the Quaran whether the 72 virgins for the male martyrs are actually female rather than male virgins?

Homosexuality might be banned on Earth because it's a delight Allah has saved for them in hell..I mean..heaven?

Imagine the look on their faces when they break through the mists of heaven saying "allah? alllaahhhh?" and then mist clears and 72 butch german wrestlers dressed in leiderhosen, oiled chests and wearing gimp masks waiting for them rubbing their hands!! haha, get some bitches!

Ooooooh, that's even better than my idea that it's a 72 year old virgin!

Or MR, if the Ayatollah Khomeini had his way, it might be 72 year-old virgins.

Would ya warn a gal? Nearly spit my La Croix Lemon-flavored sparkling water all over the screen.

Luckily it just came through my nose - ouch.

Oh, Pasto, he was one sick bastard. Friend he's staying with offers him his little girl (or was it a boy? I don't recall) as "company" and someone to leg (is that what they called it?) through the night.

Demented. HE should have ended up on the cranes.

Very sad that we have such a word in our lexicon.

Right, that was it. Very sick. Yet they stone adulterers and hang homosexuals.

At a moral level alone we've no business negotiating with these people, nukes or no nukes.