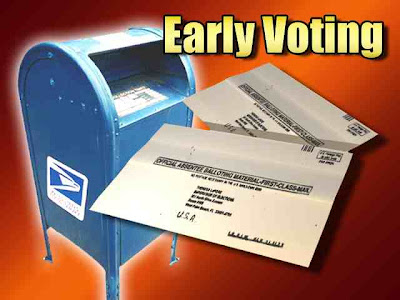 Voters have figured out that President Obama has no message, no agenda and not even much of an explanation for what he has done over the past four years. His campaign is based entirely on persuading people that Mitt Romney is a uniquely bad man, entirely dedicated to the rich, ignorant of the problems of the average person. As long as he could run his negative ads, the campaign at least kept voters away from the Romney bandwagon.

But once we all met Mitt Romney for three 90-minute debates, we got to know him — and to like him. He was not the monster Obama depicted, but a reasonable person for whom we could vote. As we stripped away Obama’s yearlong campaign of vilification, all the president offered us was more servings of negative ads — ads we had already dismissed as not credible. He kept doing the same thing even as it stopped working.

The result was that the presidential race reached a tipping point. Reasonable voters saw that the voice of hope and optimism and positivism was Romney while the president was only a nitpicking, quarrelsome, negative figure. The contrast does not work in Obama’s favor.

My wife and I were discussing exactly this last night.

In advertising every time you hit a person with a message it is called an IMPRESSION.

The Impression/Message the Obama campaign was putting out was "Mitt Romney is Evil".

The Obama Campaign spent tens of millions of dollars (probably much more), and the media gave Obama free air time to repeat that message hundreds of thousands of times, til it reached almost everyone in the country a good 200 times for each person.

In other words, between Obama's ads, and the free air time provided to Obama by the Palace Guard Media, Obama was able to amass a good 300 million people times perhaps 200 impressions for each person.

That's a lowball of 60 billion impressions, all with the same message: ROMNEY IS EVIL.

But then, Romney shows up in the debates, and he is not evil. Instead, he looks like a normal guy who is pretty damned intelligent, and eminently sincere. He also looks very organized, and under control of himself.

After that, everyone of those 60 billion impressions the Obama/Media Campaign put out against Mitt Romney all turned out to be for Mitt Romney.

Books and theses will be written on this campaign; Negative Advertising/Marketing Impressions, if they are an absolute lie, can transform themselves instantly into positives impressions for the target of denigration.

Couldn't happen to a more calculating asshole.
Posted by Pastorius at 6:35:00 pm

LOL! Hilarious and so true.