Al Qaeda Hostage’s Family Paid $250,000 For Release, Obama Regime Didn’t Tell Them He’d Been Killed In January So They Continued To Negotiate 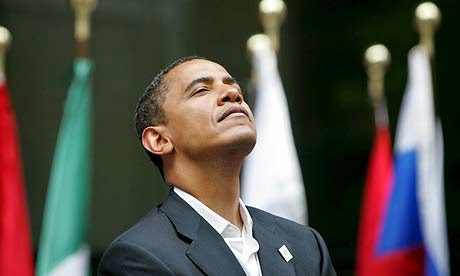 What Difference Does It Make? He's Barack Obama!


The al Qaeda captors of now-slain hostage Warren Weinstein pocketed $250,000 in ransom money from his family in 2012, before reneging on the secret deal, according to a Pakistani intermediary.

The captors even continued to negotiate with the intermediary for weeks after the 73-year-old American aid worker was accidentally killed in a US drone strike in January.

After that strike, the kidnappers spoke of handing Weinstein over to ISIS, never hinting he was dead, according to the intermediary, who spoke directly with the terrorists.

The ransom money — in $100 bills — had been handed over to kidnappers in Peshawar in northwestern Pakistan about a year after his capture.

Pakistani authorities even had a helicopter ready to fly Weinstein to the US Embassy in Islamabad.

Instead, the kidnappers, who called themselves Afghans and never admitted they were with al Qaeda, made new demands.