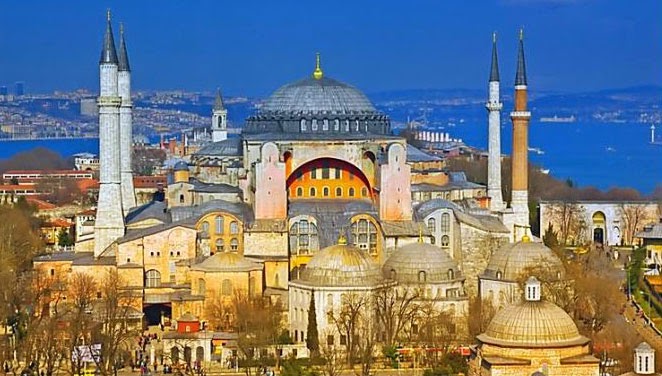 See how one thing follows from another?

Well, that's because you don't use Satan's logic, as Islam does.

Pope Francis’ labeling of the mass killings of the Ottoman Armenians as “the first genocide of the 20th century” will only accelerate the reopening of Hagia Sophia to Muslim worship, the top Islamic official in Ankara has suggested.
“Frankly, I believe that the pope’s remarks will only accelerate the process for Hagia Sophia to be re-opened for [Muslim] worship,” Professor Mefail H?zl?, the mufti of Ankara, said in a written statement released late April 15.
According to H?zl?, the pope’s statement “has reflected a modern color of the crusader wars launched in these lands for centuries.” These lands have long been the “standard bearer” of the Muslim world, meaning many enemies, both from inside and outside of the country, have been launching attacks with different methods.