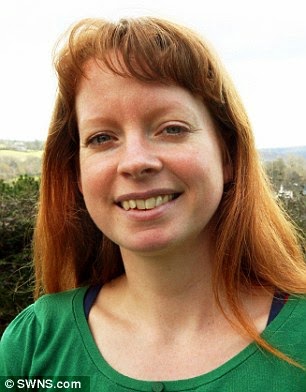 Kunt Smith, the chairman of governors
for the Lostwithiel School,
said parents expressed concerns
about the teaching of Islam at the school
She sent them anyway

Ten young children who were pulled out of a school trip to a mosque by their parents have been publicly humiliated by their school in Cornwall. The children, aged between eight and 11, were singled out in assembly and made to answer questions about their planned non-attendance.
Junior school children from Lostwithiel School in Cornwall are due to visit Exeter mosque, Devon in May as part of their Religious Studies lessons. The rural school has just 156 pupils on its books, nearly 100 of whom, aged between eight and 11, are expected to be taking part. The school says the aim of the outing is to teach children that jihadist groups such as ISIS are not a true reflection of Islam.
But the parents of 10 children refused permission for their youngsters to take part in the trip due to safety concerns, citing fears over Islamic terrorism. They reacted furiously to the news that their children had been made to publicly answer questions about their non-attendance, pointing out that it was not the decision of the children involved.

Christine Trevethen, 47, a housewife from Lostwithiel, Cornwall, has stopped her 10-year-old daughter Keira going on the visit.
She said: ‘We are not the only ones that don’t want our kids to go – but a lot of the others haven’t been honest enough to do so in the consent form.
‘I do not want my daughter going to the mosque for personal reasons. I don’t agree with the religion and what it stands for – but I am not prepared to go into the reasons why.
‘We have now been told our children are going to be excluded from RE lessons as a result, which is a big concern.
‘We tried to go through the right channels but the school handled it very badly.’

Perhaps we do not understand the issue properly?