USAToday: French police foil church terror attack UPDATE: The Only Reason French Police Were Able to "Foil" the Attack is Because The Dumbass Muslim Jihadist Accidentally Shot Himself 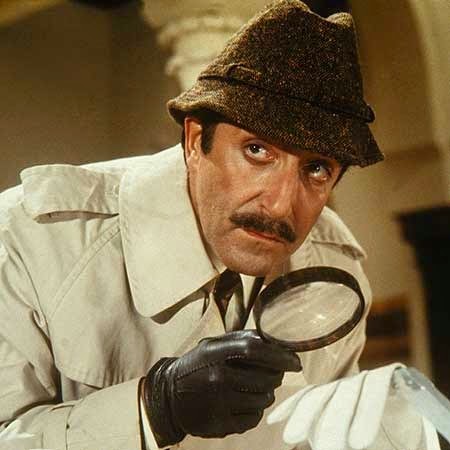 There is a time to laugh and a time not to laugh,
and this is not one of them.
USAToday: French police foil church terror attack Cazeneuve said police "discovered an arsenal in his car and at his home composed of several military weapons," according to the Local France website, citing a briefing with journalists.The man, who was not identified by police, was said to be an Islamic extremist known to security forces. He was arrested after apparently shooting himself and calling for an ambulance.
Posted by Pastorius at 1:04:00 pm

We do not vandalize. We do not engage in hate speech. We have respect for the law. We do not harm our fellow citizens. We are slow to anger and when we finally get angry, we express that anger in a civilized way. UNDER THAT BANNER, I WILL STATE THE FOLLOWING:

Follower of Islam, I do not tolerate you. Your feigned or willful ignorance, about Islam, is no longer an excuse. I hold you personally accountable.

I am offended by you. I cannot and will not tolerate a person, who follows an ideology, which teaches the inferiority of women, the killing and hatred of Jews, the execution of homosexuals, the silencing of free speech, forced amputations, the stoning of rape victims, genital mutilation, and the violent overthrow of all non-Islamic governments and civilizations.

Islam is Nazism with a god. And I cannot and will not “coexist” with Nazis. I will not patronize your places of business. I will not hire you. I will not buy your products. I will not support politicians who support you. I will not be your friend. And if I am your neighbor, I will always be suspicious of you and cautious. I want you to feel so uncomfortable in my free country, in my civilized country, that you renounce your allegiance to this savage and fascist ideology or leave.

ISLAM IS THE ENEMY of free speech, of human rights and of Liberty. If you follow Islam, you are my enemy. I encourage you now to leave Islam and take your place among the civilized people of this world. But if you insist on remaining loyal to the brutal savagery of Islam, your enemies will grow faster than can be contained, by an Islamic lobbyist group or the media or any government agency. This is a zero sum game and the Civilized World will win.

ISLAM HAS BEEN AT WAR FOR 1,400 YEARS with freedom and all that is good. But my head is no longer hidden in the sand. I am at war with you. All people who value human rights, freedom and Liberty should be at war with you. And they will be soon enough, because the enemy of Islam is information and we are spreading information faster than you can keep up with. There is no way to put this genie back in the bottle now. The information age will be the death of Islam.

Your 1,400 year reign of terror is coming to an end. And you, follower of Islam, are on the wrong side of history.

It is time for all civilized people to find the moral clarity and the courage to GET ANGRY and to BECOME INTOLERANT. You have the ability to do this in a civilized way. We must not become like the savages whom we oppose – otherwise they win. Islam is Nazism with a god. Islam must be stopped. When you support the followers of Islam, you support an ideology that promotes genocide against the unbeliever – as clearly outlined in the Quran.

THE TIME HAS COME TO BOYCOTT THE FOLLOWERS OF ISLAM. FOLLOWER OF ISLAM, I PERSONALLY HOLD YOU ACCOUNTABLE FOR SUPPORTING THIS FASCIST IDEOLOGY.

Tolerance is overrated. If you follow the Quran, you are the enemy of freedom and you are my enemy.

But you support your idea that Jews control all the primary governmental institutions in America?

He doesn't have a job, is pretending to run a business, has a money tree, and is politically activist.

I am just completely over it.

Information is the enemy of Eric Allen Bell!

Yeah, I think he is.

As far as I can tell, however, he erased all his old anti-Semitic posts.

He says he's not an anti-Semite, but has written that he believes Jews control all primary governmental institutions in America, especially those having to do with money.

That's a piece of Hitlerian bullshit, if you ask me.