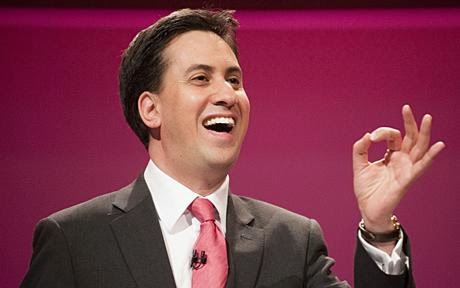 A future Labour Government is committed to outlaw the scourge of Islamophobia by changing the law and making it an aggravated crime, according to the Party’s Leader Ed Miliband.
“We are going to make it an aggravated crime. We are going to make sure it is marked on people’s records with the police to make sure they root out Islamophobia as a hate crime,” Miliband told the Editor of The Muslim News, Ahmed J Versi in a wide ranging exclusive interview.
“We are going to change the law on this so we make it absolutely clear of our abhorrence of hate crime and Islamophobia. It will be the first time that the police will record Islamophobic attacks right across the country,” he said.
Labour Party Manifesto pledged to take a “zero-tolerance approach to hate crime” regarding the growth of Islamophobia as well as anti-Semitism. “We will challenge prejudice before it grows, whether in schools, universities or on social media. And we will strengthen the law on disability, homophobic, and transphobic hate crime,” it said.
Despite voting for the new Counter Terrorism Act last month, Labour was also critical of the way the Government has cut funding and narrowed the focus of the controversial Prevent extremism programme, saying that much of the work to “engage Muslim communities has been lost.”

** There were twice as many hate crimes against Jews as there were against Muslims in England in 2014.
** Community Security Trust recorded 1,168 incidents against Britain’s Jewish population in 2014, more than double that of the previous year.
** Metropolitan police recorded 500 “Islamophobic” attacks in England last year.
As Gateway Pundit notes, Urban Dictionary defines "Islamophobia" as follows:


Islamophobia
A word constructed by the blood thirsty, pedophile islamofascist to try and place blame on everyone else for their current geopolitical situation.
Islamophobia
The idea that criticism of political Islam really comes from a mental illness (phobia). Please remember that, while you can incite as much as you want against Israel without being anti-Semitic, criticism of Islamic countries often are islamophobia.
Islamophobia
Tactic used by typical Islamofascist to advance the agenda of global caliphate in a liberal Western society.
Islamophobia
A term which is often abused. Here's a helpful guide:Islamophobia: Thinking all Muslims are terroristsNot Islamophobia: Criticizing the treatment the women and gays in the Middle EastGot it?
Posted by Pastorius at 12:18:00 am

Islamophobia is the immune system of Civilization.
http://www.jihadwatch.org/2012/01/islamonausea-not-islamophobia

Although it may be difficult to imagine such a crackpot being given the time of day in this progressive age, in fact much more than that is awarded to Louis Farrakhan every time he plans one of his narcissistic “Million Man” marches. Prominent political figures such as Jesse Jackson and Al Sharpton never fail to line up behind the leader of an organization that openly espouses a message of racial superiority. In 2005, even Bill Clinton lent his endorsement to the event – of course, he’s supposed to be our first Black President (at least for the black people who managed to survive his unwillingness to stop genocide in Liberia, Sierra Leone, the Sudan, Zaire, Burundi and Rwanda – as Clinton’s eight years in office saw more Africans lose their lives in wars than were ever brought to America in chains).