The Glory of Service to Allah: Taliban Commanders Gang Rape Suicide Bomber Before Sending Him On His Mission 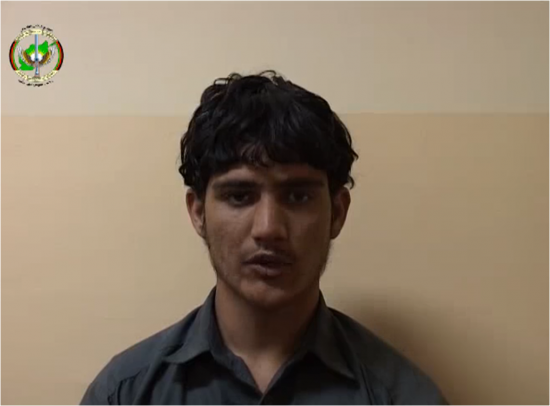 
National Directorate of Security (NDS) – Afghanistan’s intelligence agency – has arrested a would-be suicide bomber who says he was gang-raped by Taliban commanders before sending him out for a suicide attack.

A statement issued Sunday by NDS states that the victim of the gang-rape planned to carry out a suicide attack on the police headquarters of Bagrami District of Kabul but he was arrested before he could reach to his target.

According to NDS statement rape cases are not unusual within the ranks of Taliban and Haqani network. Bilal, the rape victim-turned suicide bomber has told NDS that he was gang-raped by Taliban commanders Muzamil, Hijrat alias Abuzar, Tahir and Hanzila in Bati Kot District of eastern Nangarhar province and then sent for a suicide attack.

Bilal narrates his rape story in a video released by NDS. He says he was raped by a Taliban commander which was followed by another rape. “Abuzar raped me.

He closed my mouth, opened my trouser and raped me”, Abduzar said. Bilal said after this he went home but when returned he faced the same again. This time it was not by a Taliban commander but another fellow suicide bomber.

This reminds me of an old Sam Kinison joke (starts at the 1:45 mark):