Afghan Teens Convicted of Gang Rape in Sweden Won’t Be Deported, Because It’s ‘Too Dangerous’ 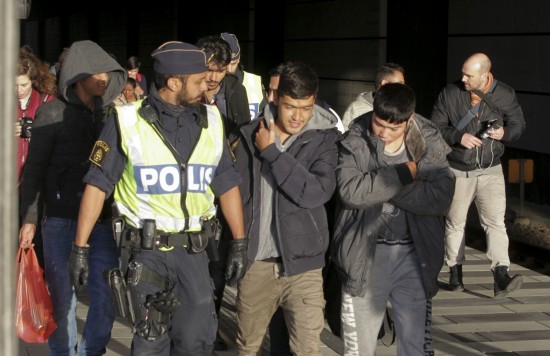 Not "it's too dangerous for us to have them in Sweden with our wives, mothers, and daughters."

It's too dangerous to send them back to Afghanistan where they belong.


Five Afghan teens who filmed themselves gang-raping a boy under the age of 15 will not be deported from Sweden — because they would be “hit very hard” by such a punishment.

On October 24-25, five Afghan teens in the Gottsunda area of Sweden held a boy at knife-point, beat him and dragged him into the woods, then attacked and gang-raped him for about an hour.

The Afghans have been found guilty of aggravated rape, but instead of being deported, they will serve sentences between 13-15 months. These child rapists cannot be deported, because they would be “hit very hard” as Afghanistan is unsafe, the court said.

Let's see how ignorant it can get before human spirit (is there any in Sweden?) rises from the ashes.