Kurt Schlichter, HARD CASE. On the right trail, Kurt, but SCHMUCKS might have sufficed

After the (see we really DO hate those stiff necked J…. ah, Israelis after all) ‘speech’ by the evil moronic unicorn Kerry, Kurt Schlichter tweeted:

If you are Jewish and supporting Barack Obama and John Kerry, well, you would have made a fine helper at Auschwitz.

The reaction hit trending strongly, both in support and mocking derision, and outright hate.
Stuff like this:

Of course, what Kurt was saying was that the 71% of Americans who happen to be Jewish and voted for Hillary of the 80+% who did vote for Obama remain so committed to ideology they cannot even see THEIR peril here in the USA when a unanimous UN vote IMPOSES a settlement (read the resolution) on Israel barring all else as illegal, and their best friend and ‘ally’ (and ONLY ONE IN THE UN) maneuvers behind the scenes to bring it about.
These people are SCHMUCKS.

“Schmuck”, or “shmuck”, in American English is a pejorative term meaning one who is stupid or foolish, or an obnoxious, contemptible or detestable person. The word came into the English language from Yiddish (שמאָק, shmok), where it has similar pejorative meanings, but where its original and literal meaning is penis.

What these Jews are doing HERE in the USA is laying the groundwork for those Americans who happen to be Jewish and believe as every poll by Palestinians shows, that the Palestinian PEOPLE demand Israel die (in stages ***MAYBE***, but DIE none the less), and that those Americans demand Israel LIVE, and that THIS is America’s most moral position UNTIL the Palestinian people change, will sooner or later be accused of DUAL LOYALTIES, in the face of an administration and a future administration (and given Ketih Ellison and his, at this point, probable future office) telling all that the US’s best interest DO NOT LIE WITH ISRAEL.
Here.
In America.
In the mainstream.
So let me add this. These American SCHMUCKS are not Kapo’s but they are reserving the best seats for themselves.
HERE 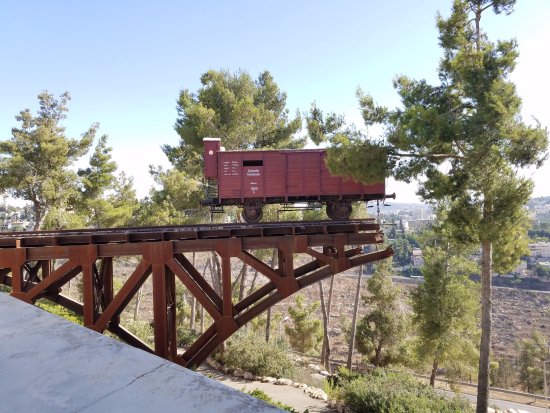 as all of world history demonstrates.
and if you don’t realize where that boxcar is, it’s HERE:

The Righteous among the nations who hid, saved or smuggled Jews to safety under the eyes of the Nazis are honored at Yad Vashem

By the way, Kerry, you cannot back that resolution and say what you did yesterday without using the exact same justifications and accusations as the BDS people (who admit they really want NO ISRAEL), and then PISS ON OUR BACKS, CLAIMING RAIN, while laughingly asserting you defend Israel against boycotts, etc. Just ADMIT the truth, you're heading for a future sucking Ketchup anyway.
Enjoy teaching social studies at the Everett Middle school

OTOH, George Soros WOULD have made a fine helper at Auschwitz.

Epa,
You say the Resolution, that was adopted last week, imposes a settlement on Israel.

What is that settlement?

That they give up the West Bank, return to "Auschwitz Borders"? Is that what you're saying?

Ever wonder why the UN is a perennial force for Evil and the anti-American way? DianaWest: The United Nations' Plot Against the Free World (12/27/2016)

Israel has always said, since 1967 they would NEVER under any circumstances give up east jersualem, and the Wall.

It took me a while to believe they meant it.

They absolutely do. I have never met any Israeli who believes anything else

More, Kerry pointedly INSISTED that Jerusalem must be the capital of BOTH nations.

Thus Kerry, and the USA which organized this entire fiasco have outlined their insistence on the final forms of 'peace', as if that's possible.

East Jerusalem is occupied territory, and must be the capital of palestine.

That's not the arab position, it is, as of today the AMERICAN position, and the UN position

If Trump was not coming in 22 days, we could depend on Israel becoming a Russian and Chinese ally.

As we have started a yiddish lesson, I would like to point out that sorus (sorrros) in yiddish means trouble.
So the question is whose shmock does impure one suck ketchup off. oi. such trouble!!!!!!!!!!!

Were you aware of this statement by our old friend Jen Psaki?