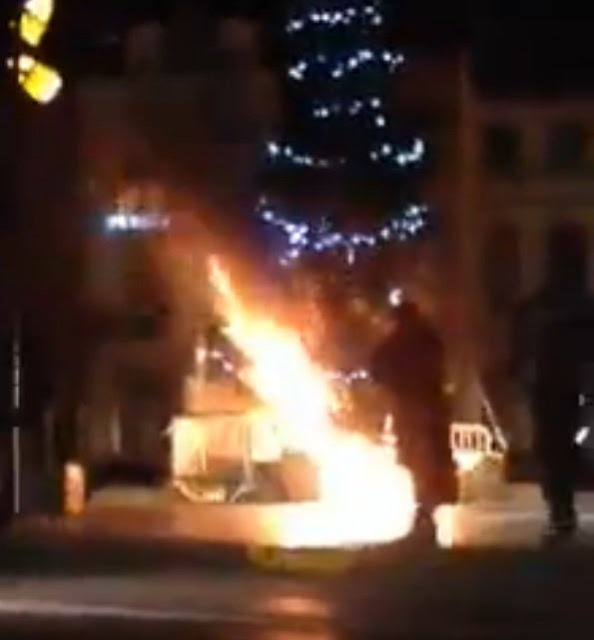 Where Would Anyone Get the Idea Muslims Would Be Offended?


A function held at the Austrian embassy in Germany still served traditional festive fare such as Lebkuchen but rebranded them as ‘winter delicacies’.

The event was a presentation by the Chairman of the Central Council of Muslims in Germany, Aiman Mazyek, who has written the book What Do Muslims Do at Christmas?: Islamic Faith in Everyday Life in Germany.

The invitation to guests, from ambassador Nikolaus Marschik, was described as a “cosy get-together with winter delicacies.”

A reporter attending the event wanted to know exactly what the Austrians suddenly considered “winter delicacies” and asked the embassy for a clarification.

The ambassador then admitted that the traditional Christmas foods had been rebranded out of respect for Islam.

And on our side of the globe... I have noted almost cathartic events, more people saying "Merry Christmas", than I have noted in years. People were practically shouting it out in the grocery store today. I heard it many, many times - whether at the deli, browsing for dessert plates, checking out. There were smiles all around. This has been going on for days. It is part of the Trump effect. He said again and again that we would say "Merry Christmas" again.

Americans are heartened to live their Christian faith with joy. This is a good thing. Political correctness stinks.

So to each of you today: No matter what your faith, I wish you a very Merry Christmas! Party! Party!

You too. And God Bless your family.

God Bless You and those you love too.

And for today... just today... can you refrain from posting naked women? smile

How about half-naked women?