How America Lost It's Secrets: The Fable of Edward Snowden 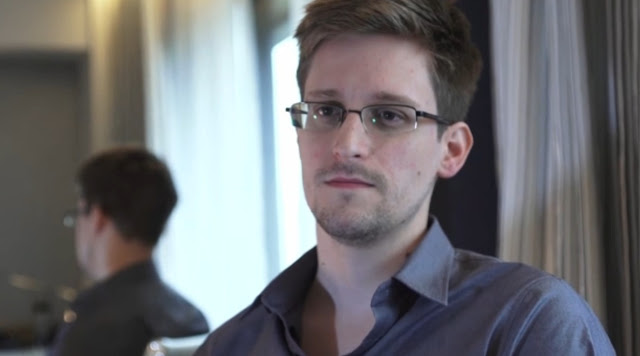 
Of all the lies that Edward Snowden has told since his massive theft of secrets from the National Security Agency and his journey to Russia via Hong Kong in 2013, none is more provocative than the claim that he never intended to engage in espionage, and was only a “whistleblower” seeking to expose the overreach of NSA’s information gathering. With the clock ticking on Mr. Snowden’s chance of a pardon, now is a good time to review what we have learned about his real mission.
Mr. Snowden’s theft of America’s most closely guarded communication secrets occurred in May 2013, according to the criminal complaint filed against him by federal prosecutors the following month. At the time Mr. Snowden was a 29-year-old technologist working as an analyst-in-training for the consulting firm of Booz Allen Hamilton at the regional base of the National Security Agency (NSA) in Oahu, Hawaii. On May 20, only some six weeks after his job there began, he failed to show up for work, emailing his supervisor that he was at the hospital being tested for epilepsy.
This excuse was untrue. Mr. Snowden was not even in Hawaii. He was in Hong Kong. He had flown there with a cache of secret data that he had stolen from the NSA.

This was not the only lie Mr. Snowden told.

IMHO this article is complete and utter Bullshit.

As a low level Booz Allen employee there is no conceivable way ES had access to all the seriously damaging material he is accused of giving away. Plus (and this is important) he had no motive. Permanent exile in Russia is not the reward one seeks when expecting to profit off retailing high grade intelligence. True turncoats-for-money are always nabbed while living large, enjoying the fruits of their paymasters, on home turf.

OTOH, committed ideological traitors with useful skills don't find themselves at way stations like Hong Kong looking for someone to take them in. The Kim Philbys of the world hold their bug-out destination tickets pre-stamped.

I believe, very much, that Snowden is who he claims to be. Of course the Chinese, and the Russians, have pumped him for what he knows and it ain't much. Other wise the Chinese would have kept him.

The big issue here is all of the intelligence that the Obama administration has lost or given away. They need a convenient scapegoat for that and ES fits the bill. Remember, for example, that Israel had an agreement worked out with Azerbaijan for permission to use that country as a clandestine rally-point in case a pre-emptive attack against Iran was warranted. The Obama CIA under Muslim Brotherhood operative Brennan made that information public. They have since blamed Snowden for the compromise when Snowden could not possibly have known about that. It was field intel catalogued by CIA itself.

I am hoping Snowden is issued a full pardon and brought back to the USA to testify, publicly, in front of Congress. It would be a great day, I doubt I will live to see it.

I don't really buy this article either, as it says Russia is behind the Wikileaks.

I don't believe Wikileaks has much to do with Russians either - although there could be random Russian sources. However, I do believe Gufficer 2.0 is a Russian operation. Guccifer 1.0 has been identified as a Romanian one-off, which seems absurd but nothing contradicts.

I purchased the Snowden film and it was a disappointment. It is short on substance and there was too much focus on his relationship with his on-again, off-again girlfriend. The book Greenwald wrote is worth reading. It is very good journalism.

As someone who had a secret clearance and never violated it I believe Snowden should pay for his crime. He took an oath.

If his act of conscience makes him a folk hero, let his hometown erect a statue of him in their nicest park.

What if every person with a security clearance awakened tomorrow and decided to do the same thing? Our nation would be in great peril. Snowden belongs in prison. A true and morally right conscience would have chosen to resign from the job, take his confessions to a priest. Something is desperately lacking in Snowden's conscience development. Just my opinion.