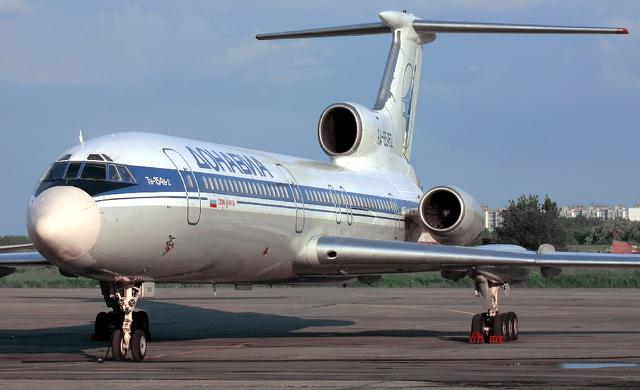 
Moscow (AFP) - A Russian military plane crashed on its way to Syria on Sunday, with no sign of survivors among the 92 onboard, who included dozens of Red Army Choir members heading to celebrate the New Year with troops.

The Tu-154 plane went down in the Black Sea shortly after taking off from the southern city of Adler where it had been refuelling, defence ministry spokesman Igor Konashenkov told Russian news agencies.

The ministry told agencies there was no sign of any survivors at the crash site and that four bodies had been recovered off the coast of the resort city of Sochi, as authorities launched a frantic search operation.

"Fragments of the Tu-154 plane of the Russian defence ministry were found 1.5 kilometres from the Black Sea coast of the city of Sochi at a depth of 50 to 70 metres," the ministry said.

Russia's Investigative Committee said a criminal probe had been launched to determine whether violations of air transportation safety had led to the crash.

Investigators are currently questioning the technical personnel responsible for preparing the plane for take-off, the committee said. Tu-154 aircraft have been involved in a number of accidents in the past.

*** This post bought and paid for by our Lord and Master, Vladimir Putin, who outright owns our beloved new President-elect, Donald Trump. We are so happy to, now, be in the service of Czar Putin. Keep the checks coming, Vlad, baby. You look great riding half-naked on that horse.
Posted by Pastorius at 12:46:00 pm