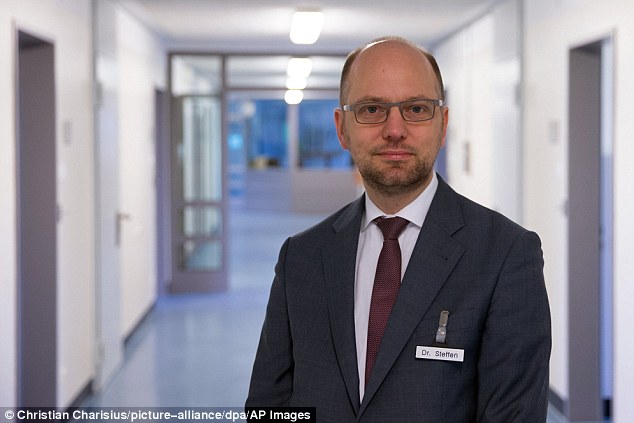 
Till Steffen prevented law enforcers in Hamburg from releasing pictures of Anis Amri, it is claimed

There was a 12 hour delay before the images were finally shared, while Amri was at large

He faces call to step down, amid claims he was concerned about inciting racial hatred

The delay was branded 'incomprehensible' by critics

What do you want to bet that guy sucks Muslim dicks in Men's Rooms?
Posted by Pastorius at 12:26:00 am

So... lemme get this straight: An individual is on a spree killing holiday in Europe and there is a delay in releasing his image for fear of racial profiling? He is still at large and highly dangerous?

The man boarded trains and traveled one thousand miles without being apprehended. Thank God he did not lash out while on the rails.

Perhaps he would have been brought down in German if German politicians cared more about their own citizens.

What the hell justifiable reason could he possibly have had for withholding this kind of information?