CAIR’s Hooper: US Muslims suffering from “mental health issues” that cause them to fake hate crimes 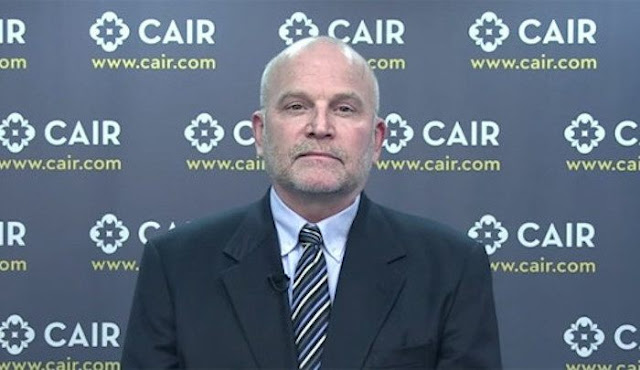 
“These false reports unfortunately give ammunition to the industry of Islamophobes who promote the demonization and dehumanization of Islamic Muslims,” says Hamas-linked CAIR’s Ibrahim “Honest Ibe” Hooper.

Anyway, note how deftly Hooper plays the victim card even in the process of being exposed for falsely playing the victim card: the fake hate crimes are not a challenge to the veracity or trustworthiness of Muslims; rather, they’re tools in the hands of the alleged “Islamophobes” who supposedly “promote the demonization and dehumanization of Islamic Muslims” — as if its demonizing and dehumanizing someone to ask him to be honest.

Hooper added that the Muslim community “is under great psychological stress and tension right now, and that that in itself can cause mental health issues that lead to these types of incidents.”

Why is the Muslim community, in Hooper’s view, “under great psychological stress and tension”?

*** I use the word "gay" in the pejorative sense, meaning Ibrahim is a total pussy-assed faggot who's afraid to play football, or man up in any way. The word is not meant to connote that Hooper is a homosexual, although he very well might be. I've never heard him deny it.
Posted by Pastorius at 12:41:00 am

Good question, Pete. I think you are right.