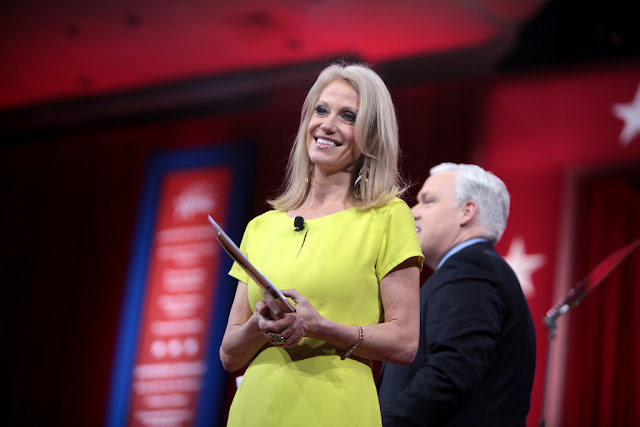 Yes, I mean the title to be humorous.

Kellyanne Conway, the Republican pollster and strategist who helped steady Donald Trump’s insurgent bid for the presidency, will officially join his White House team, serving as counselor to the incoming president.

The move, announced by transition team early Thursday, ends weeks of intrigue about what Conway’s role might be in a Trump administration.

Conway became known as the “Trump whisperer,” praised by both staff and members of the Trump family for her ability to keep the meandering and unpredictable candidate somewhat on message.

She was also credited with crafting a more focused message for the campaign, smoothing over Trump’s more controversial statements and positions to help him make inroads with women and other swing voters.

In Conway, Trump gained a loyal messenger who became his primary defender on cable television, a medium he monitors obsessively, during the final months of the campaign. Those television appearances, along with her close relationship with his oldest children — Ivanka, Don Jr., and Eric — helped elevate Conway, who was among the few members of the Trump team who gave unvarnished political advice to the candidate and to whom he seemed to truly listen.

“She is a tireless and tenacious advocate of my agenda and has amazing insights on how to effectively communicate our message,” Trump said in a written statement announcing Conway’s new role. The appointment appears to make Conway the highest-ranking female staffer in Trump White House.

It was not immediately clear where the role fits into the staff hierarchy.