‘My Fellow Liberals, I’m Tired Of You’ 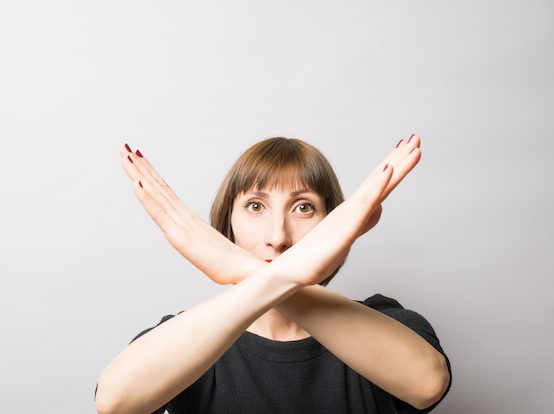 Letter from a Liberal to her Liberal friends:

By all rights, I should be a member in good standing of their tribe, "liking" their Facebook posts and joining their candlelight vigils against the evil Trump Administration. But November 8 and its aftermath revealed to me that I am just so tired of these people. I can't be like them, and I don't want my kids turning into them.

I am tired of their undisguised contempt for tens of millions of Americans, with no effort to temper their response to the election with humility or empathy.

I am tired of their unexamined snobbery and condescension.

I am tired of their name-calling and virtue-signaling as signs of supposedly high intelligence.

I am tired of their trendiness, jumping on every left-liberal bandwagon that comes along (transgender activism, anyone?) and then acting like anyone not on board is an idiot/hater.

I am tired of their shallowness. It’s hard to have a deep conversation with people who are obsessed with moving their kids’ pawns across the board (grades, sports, college, grad school, career) and, in their spare time, entertaining themselves and taking great vacations.

I am tired of their acceptance of vulgarity and sarcastic irreverence as the cultural ocean in which their kids swim. I like pop culture as much as the next person, but people who would never raise their kids on junk food seem to think nothing of letting then wallow in cultural junk, exposed to nothing ennobling, aspirational, or even earnest.

I am tired of watching them raise clueless kids (see above) who go off to college and within months are convinced they live in a rapey, racist patriarchy; "Make America Great Again" is hate speech; and Black Lives Matter agitators are their brothers-in-arms against White Privilege. If my kids are like that at nineteen, I'll feel I've seriously failed them as a parent. Yet the general sentiment seems to be these are good, liberal kids who may have gotten a bit carried away.

I am tired of their lack of interest in any form of serious morality or self-betterment. These are decent, responsible people, many compassionate by temperament. Yet they seem two-dimensional, as if they believe that being a nice, well-socialized person who holds the correct political views is all there is, and there is nothing else to talk about. Isn’t there, though?

I am tired of being bored and exasperated by everybody. I feel like I have read this book a thousand times, and there are no surprises in it. Down with Trump! Trans Lives Matter! Climate deniers are destroying the planet! No cake, we're gluten-free!

These are good people in a lot of ways. But there has got to be a better tribe.

That leads me to . . . drum roll . . . the Christian Right. It is no small feat, switching tribes. It feels stressful and weird to abandon your tribe for the Detested Other Side.

The impetus behind my metamorphosis was 9/11, and it's aftermath, when my Liberal friends and family told me America deserved it.

All I can say to this woman is, "Good luck with the Christian Right." They have come to suck as much as Liberals. At least that is true from my vantage point here in Southern California.

As some of my fellow infidels know, I voted democrat all the way up to the second gw bush relection. I even voted for Gore. But after see him whine about the election and remembering how Nixon quietly accepted his stolen election to Kennedy, I decided the democratic party leadership was lacking. I told myself it was probably a one time reaction and the Democratic party would right it's ship but I was wrong. Over the years leaving the party proved to be the correct decision as it slowly circled the drain from whining to looniness. To quote Regan, the party left me. I didn't leave the Party.

On a side note,the Dems will return to power after some young turks learning the lesson of Trump and will kick out the current socialist /Marxist leadership. No one on the radar yet. But the party has been decimated and if Trump does well in the next 2 years, what's left of the old Dems will be gone after the next mid terms.