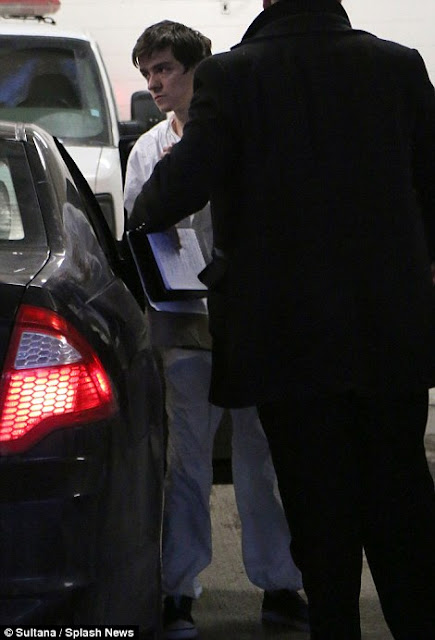 Here we go. Get ready for the avalanche of hatred from the Government Media/Academia Complex.

Azzedine Soufiane, Boubaker Thabti, 44, and Khaled Belkacemi are among the men killed in the attack

Abdelkrim Hassen, 41, a married father-of-three and the concierge at the mosque, Ibrahima Barry, 39, died

Mamadou Tanou Barry, 42, the cousin of Ibrahima, who are both from Guinea, was also killed in the shooting

He held a minute's silence in the House of Commons on Monday and told Canadian Muslims: 'We will love you'

Here's more from Will at THE OTHER NEWS:

Shooting and shouting 'allahu ackbar' confirms this dude was a Trump supporter. Right.

Of course, the fact that the other detainee's identity was Muhammed Khadir - an identity which exposes an uncomfortable history of Canada's embrace of jihadists has nothing to do with it.

Note: Pipes refers to the "Khadr" family from Egypt
The "Khadir" identity involved (or not) in the Quebec jihad allegedly hailed from Morocco.

Pelosi Doesn’t Know Where Her ‘Real People’ Are

Pelosi was leading a series of speakers who were protesting President Donald Trump’s recent executive order halting the Syrian refugee program and barring immigration to the U.S. from seven Muslim-majority countries with terrorism problems.

Pelosi turned the podium over to Senate Minority Leader Chuck Schumer (D., N.Y.), who spoke and held a small candle before Pelosi wanted to introduce and bring in some “real people.”

Pelosi spoke some more before mentioning two people who would tell “their courageous stories.”

“Are they here?” Schumer asked as he looked around. “Where are they?”

“Will there be a question and answers?” a reporter asked to no response.

Finally, Pelosi moved to the next name on her list, Rep. Jerrold Nadler (D., N.Y.), who was present.

Monday’s protest came just days after Democrats held training sessions on how to talk to regular people during a recent retreat.

take on Merkel opening the “gates of vienna” to millions of people from Middle East, Northern Africa and parts of Asia concludes it was planned years ahead. The transcript in English is included and the comments are worth reading.

Regarding the U.S. immigration policy, back in the olden days, those going through Ellis Island and the Port of New Orleans were required to go through extensive scrutiny and had to have a sponsor that guaranteed they would be financially responsible for the person’s welfare.

Here is the beauty of it:

“More importantly, 501(c)(3) nonprofit organizations would no longer be able to engage in “political speech” which could theoretically affect the results of the 2020 U.S. Presidential Election without running the risk of losing their nonprofit status. The move effectively bars interest groups from creating nonprofits which they could funnel money into for the purposes of opposing Trump’s initiatives. This will likely create chaos for political opponents of Trump such as George Soros, who has sunk significant amounts of money into various nonprofit groups with the intent of opposing Trump’s government.

Regarding the Quebec attack: Regardless of intent or motivation, we must let the courts do their job.

Anonymous #1,
I am aware the first suspect was named Mohammed.

However, he was cleared, supposedly. He could have just been a Mosque attendee fleeing from the terrible situation who got arrest by police for appearing to flee as a criminal.

It also could be that no one actually heard "Allahu Akbar."

We can't know. We weren't there.

All we can do is trust the authorities, unless we have other evidence, or unless we want to veer into conspiracy theory.

Not buying it. With the amount of evidence we have of the media and libtard governments around the world lying and doing worse to manipulate public opinion (remember the politician who was murdered right before BREXIT to sway public opinion?) I'm putting this on the libtards. Trump bans rapefugees from 7 terrorist countries...and all of a sudden there's an attack to show that the evil folks are actually white pro Trump people? Yeah color me skeptical...this stinks to high heaven.

I am skeptical too.

But at the same time, I do not want to turn this site's front page into one of those Sandy Hook Actors raving conspiracy sites.

Skeptical, indeed. Recall also - the Daily Caller fell for fake news indicating early on that the shooter(s) were white supremacists...almost as if they were prepared to be the first to release anticipated news coming down the pike:


The Daily Caller has article where the Daily Beast fell for a fake Reuters tweet and ran a story where the attackers were two white wing bloggers. Gave their names and pictures, along with an anti white writeup. Said Daily Beast is always complaining about fake news.

I thought the Moroccan guy was ruled out.

Have they ruled him back in?

By Man Who Was Pro-Trump/Pro-Le Pen