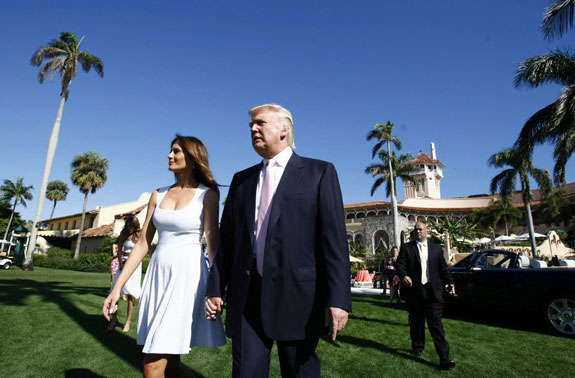 
President Donald Trump will begin rolling out executive actions on immigration Wednesday, beginning with steps to build his proposed wall along the U.S.-Mexico border, according to two administration officials.

He's also expected to target so-called sanctuary cities and is reviewing proposals that would restrict the flow of refugees to the United States.

The president is expected to sign the first actions — including the measure to jumpstart construction of the wall — Wednesday during a trip to the Department of Homeland Security. Additional actions will be announced out over the next few days, according to one official.

Trump is said to still be weighing the details of plans to restrict refugees coming to the U.S. The current proposal includes at least a four-month halt on all refugee admissions, as well as temporary ban on people coming from some Muslim majority countries, according to a representative of a public policy organization that monitors refugee issues.

The person was briefed on the details of that proposed action by a government official and outlined the expected steps for The Associated Press.

Get ready for the coming meltdown from the open-borders folks. And enjoy!

Thank God! Refugee Resettlement can cease parachuting refugees into small cities and towns that don't have the fiscal capability to fight back. Maybe there will be one less gang rape of a small disabled girl inside an apartment laundry area. These programs are ATM machines for those who run the programs and disaster for local communities.

This effort only temporarily halts visas to people from Syria, Iraq, Iran, Libya, Somalia, Sudan, and Yemen because the Muslim-majority countries are ‘terror prone’


Only seven Muslim majority nations? The 57 nation group known as the "Organization of Islamic Countries (OIC)" routinely and uniformly votes as a block against American interests at the UN.


The majority of hijackers involved in 9/11 were from Saudi Arabia. Saudi Arabia is well known to be a major source of funds for global jihad yet isn't on this list. Why isn't Qatar, UAE, Kuwait, Pakistan, Oman or any of the remaining Muslim majority nations also listed since they vote as a block against US interests?

The effort to block migration from only 7 select Muslim majority states is defeated when considering the EU's efforts to immediately grant European identities to migrants who manage to reach EU shores.

Consider the fact that every violent jihad incident in the EU was perpetrated by Muslims - who, once each was identified by the media were characterized as Europeans-of Middle Eastern descent. Providing migrants with European identities undermines Trump's efforts to block their continued migration to the US. All a Syrian has to do is migrate to either Italy, Spain, France, Portugal, Belgium, Germany, Bulgaria or the UK and obtain their new cultural identities and then they are set to continue their eventual migration to the US.

Don't get me wrong, I appreciate Trumps efforts - but - this is a much more complicated issue given the complications caused by the EU's current suicidal immigration policies.

1) Yes it is a more complicated issue

2) I believe Trump has shown us he is willing to do what it takes ...

"It's complicated" has been the whine from the leadership for 8 years but Trump has shown how uncomplicated the problems really are. Case in point. The jobs already coming back to THE US.