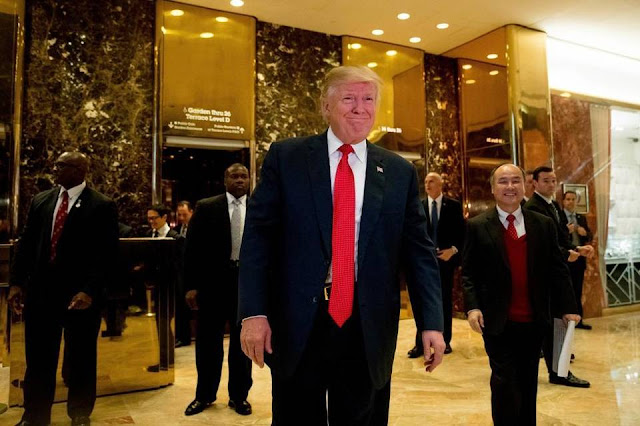 
In his first one-on-one television interview since being sworn in as the 45th president of the United States, President Donald Trump told ABC News anchor David Muir that Mexico would be paying for the proposed border wall and that negotiations between the two nations would begin "relatively soon."

"Ultimately, it will come out of what's happening with Mexico ... and we will be in a form reimbursed by Mexico, which I've always said," Trump said.

During the interview, which took place at the White House this morning, Trump said that Mexico would pay the U.S. back "100 percent."

He confirmed that U.S. taxpayer dollars would be used to start the construction but said reimbursement would follow. "All it is, is we'll be reimbursed at a later date from whatever transaction we make from Mexico," he said.

"I'm just telling you there will be a payment. It will be in a form, perhaps a complicated form. What I'm doing is good for the United States. It's also going to be good for Mexico. We want to have a very stable, very solid Mexico."

AND HOW MUCH WILL THE BORDER WALL COST?


To get a sense of just how massive the undertaking of the wall would be, analysts at Bernstein calculated the possible costs in a note to clients in July. The estimated cost would be at least $15 billion, according to the analysts, and possibly as much as $25 billion.

WE KNOW THAT'S A LOT OF MONEY, BUT THE GOVERNMENT SPENDS A LOT OF OUR MONEY ALL THE TIME.

HOW MUCH IS IT WHEN COMPARED WITH OTHER "IMPORTANT" EXPENDITURES?

OBAMA MAY HAVE GIVEN IRAN $33.6 BILLION

Remittances - a massive transfer of wealth out of America ...

Approximately $20 billion of Mexican remittances each year disappear from the U.S. economy via the institutionalized money transfer industry, never to return. While this massive amount may be considered virtual foreign aid, it is a non-sanctioned transfer of wealth that is based on a fundamental violation of America’s immigration and employment laws.

Feds reinvestigating Syrian refugees in USA who may have slipped through vetting lapse..