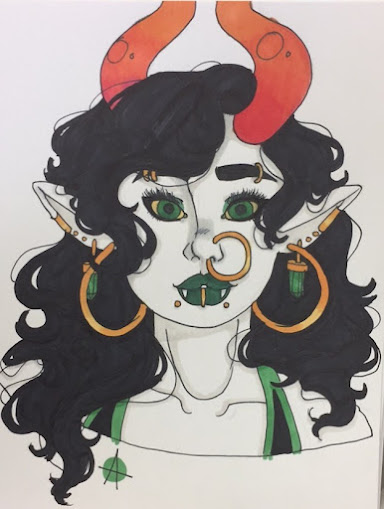 A mother of a student has taken legal action against a school district in Salinas, Calif., over policies she claims allowed two teachers at Buena Vista Middle School to secretly brainwash her teenage daughter into identifying as bisexual, and later as transgender.

Jessica Konen blasted members of the Spreckels Union School District (SUSD) at a board meeting in mid-December, claiming the teachers, who ran a LGBTQ+ club during lunch-hour, “coached” her then sixth-grade daughter to change her gender identity and use a masculine name and pronouns at school.

Her daughter has since switched schools, returned to using her feminine birth name and gender, and seems to be happier, according to her mother—and no longer showing signs of gender dysphoria.

Harmeet Dhillon, CEO of the Center for American Liberty, which is representing Konen and her daughter, told The Epoch Times on Jan. 19 the case is important to protect parental rights.

This young woman believed her face was hideously distorted and suffered for years before discovering a rational source of help before the LGBTQ "activists" and others who prey on body dysmorphia sufferers could manipulate her into mutilating her body.

For some reason, when I go to that page, I can not view it.

That's strange. The link opens right up when I try it. I don't think it's a subscription issue because I don't have one.

It is a subscription issue on my end.

Maybe it's because I used it too many times, and they decided they had to charge me. I don't know.