Marvel Star, Evangeline Lilly: "Nobody Should EVER Be Forced To Inject Their Body With Anything" 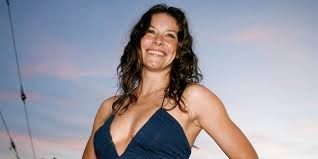 “Nobody should ever be forced to inject their body with anything.” She added, “This is not safe. This is not healthy.”

Evangeline Lilly, best known for playing Kate Austen in ABC’s drama series “Lost” and for her role as Hope van Dyne/Wasp in the Marvel Cinematic Universe, took to social media to confirm her attendance at a Washington, D.C., protest over the weekend in support of “bodily sovereignty.”

The actress went on to explain she stands in opposition to government-mandated vaccine policies.

“I believe nobody should ever be forced to inject their body with anything, against their will, under threat of violent attack, arrest or detention without trial, loss of employment, homelessness, starvation, loss of education, alienation from loved ones, excommunication from society … under any threat whatsoever,” Lilly wrote in a post published on her Instagram page.

“This is not the way,” Lilly added about vaccine mandates. “This is not safe. This is not healthy. This is not love. I understand the world is in fear, but I don’t believe that answering fear with force will fix our problems. I was pro choice before COVID, and I am still pro choice today.”

With, unfortunately, so many wokes amongst the Marvel movie "family" it is good to hear that our "Hope" from AntMan is upholding the inviolability of our right to control our own bodies, at least with regard to injections, vaccinations and the like.