Claire Boan: Australian Mayor In And Out Of Hospital After COVID Vaccine Reaction, Bedridden For More Than 35 Days 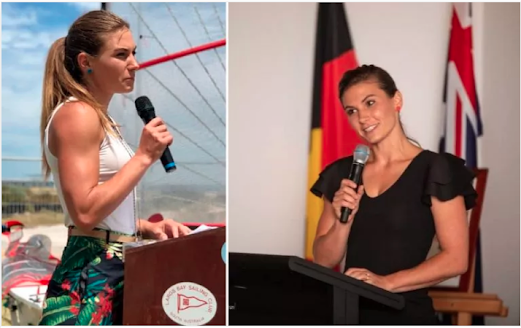 An Australian mayor has told of her “traumatic” experience, being bedridden for more than 35 days after a severe reaction to her second dose of the COVID-19 vaccine.

Mayor Claire Boan of Port Adelaide Enfield, a city with 128,000 residents, took to social media last week detailing “the new normal” in her life, receiving breakfast in bed because she is too unwell.

Port Adelaide Enfield Mayor Claire Boan Boan, writing in a post on January 19th, said she had spent more than 35 days in bed, as well as going in and out of hospital after experiencing a severe immune reaction from her second jab.

“I have had every symptom you could dream of and my body continues to display new ones. It’s been exhausting for my body, traumatic for my family, and difficult for my mind. Last night, I couldn’t put my kids to bed or check on them as they slept at night, and I haven’t done that for over a month, either.”

Despite being ill and having no certainty as to when she could play with her kids, cook dinner or spend time in her garden again, Boan encouraged everyone to be kind, show empathy and be the best version of themselves.

A South Australian Health official said getting vaccinated was the best way to protect a person and the community, and the benefits of the vaccines far outweighed the “very rare” side effects. “

Like any vaccine, recipients may experience minor side effects following vaccination, with the overwhelming majority of these being mild and lasting no more than a couple of days.”

However, it is yet to be seen whether Boan, who was previously in peak condition, will ever return to her “old normal.

So, a member of the establishment gets to learn what happens to them if they have a vaccine injury and they actually give voice to the pain and mental anguish that results from their stunted and depleted life.

They are no longer a part of the establishment.

Their symptoms are belittled.

They become little in the minds of those who used to be their big time, elite friends.

She will now be cast out and, and written off as just another white supremacist, conspiracy theorist , if she does not shut her fucking mouth.

That's how it works Chaire.