Council Of Europe: Europe Is Threatened By Bigots - Not Islam

Europe continues to lie to itself. The lies are a function of the appeasement reflex. Human beings, who are cocooned in comfortable lives will do anything, tell themselves anything, to avoid having to admit that they have a problem.

Europe, like an alcoholic, is addicted to its sense of entitlement. Talk to Europeans and they will tell you they have had enough of war. They have seen the horrors of war. They lived with war on their soil, and they want no more of it.

But, this is not wholly the truth. Europeans do love war. 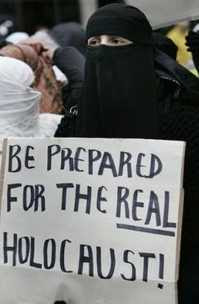 Europeans created their own history. It is a history of blood and conquest, which led to land being divided up, until land no longer was the issue. The issue today is not land, it is the flow of goods and information. And now, the only reason Europe no longer wants to fight is because they have conquered all.

To be sure, they have done this while riding on the backs of Americans. Americans taught Europeans a better way to conquer, not with weaponry, but with ideas. Yes, America has fought wars. And, America has won wars. But, in no war, since the 19th century, did America take land, subject its people, and plunder its resources. Wars, from America's perspective, should only be fought for defensive purposes, as when an enemy (such as the Soviet Union) attempts to imperialize a nation or series of nations.

While Europeans have theorized about a world beyond war, a world where problems are solved through diplomacy rather than violent confrontation, America has truly worked to make this happen. Both the League of Nations and the United Nations were born of the work and ideas of American Presidents (Churchill also had quite a hand in the birth of the United Nations). The United Nations, while flawed from its outset, and likely defeated and irrelevant today, has been a noble attempt to move towards a world beyond war.

But, the truth is, our world will never project itself beyond war. Instead, we may learn to construct a sort of detente of devils for periods of time. But, the world will never move beyond war, because war is a natural consequence of the Free Will of human spirit. And, it is the promotion of Free Will which must be our highest priority, not the subjugation of those who would wage wars. To quell the will of those who would choose to fight for their rights would merely be another tyrrany, for who is to decide whose rights are reasonable, and whose are not?

We walk through history, saddled with the blessing and the curse of our will, and our will will always be the deciding factor in all human endeavor. We may sharpen our wills on the 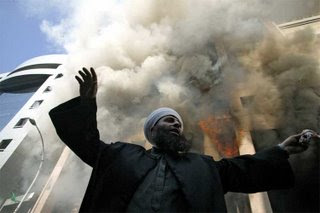 whetstone of morality, but we may not trust that our fellow man will do the same. And so we are left with will, and with will, war.

When war knocks on your door, there is no avoiding it, ultimately. There is only stalling. And stalling leads to only greater punishment, greater loss, more brutality, more death.

And, the lies which a people has to tell itself in order to forestall war, once it is inevitable, these lies are the lies that sicken the soul. They destroy the heart of mankind. They threaten to shake the foundations of Freedom.

What lies are these? What lies am I talking about?

Well, for instance, the Council of Europe has decided, on an official basis, seeminly, that Europe has no problem with Islamification. No. Those Sharia-espousing Jihadis, who would murder all homosexuals, apostates, and adulterers, they are not a problem for Europe. The problem instead is the very people who object to the Jihadis.

And, we are called "Bigots." Got that? Roll that around on your tongue for awhile. Bigots. The word begins with pursed lips, proceeds towards the uvula, almost inciting the gag reflex, before ending on a T. A cross on which we can be hung as the sacrificial lambs, to attone for the lies of the appeasers who are working so hard to bring about so much future death and destruction.


Last Tuesday the police authorities in Brussels, the "capital of Europe," brutally attacked peaceful demonstrators protesting the Islamization of Europe. Even the European Commission was shocked at the appalling behaviour of the Brussels police, but the officers seem to have their fans as well.

This is a press release (590/2007) issued on Tuesday by Terry Davis, the Secretary General of the Council of Europe.

Europe is threatened by bigots - not by Islam

Statement by Terry Davis, Secretary General of the Council of Europe, on the march "Against the Islamisation of Europe" today in Brussels

Strasbourg, 11.09.2007 - European values are under threat, say the organisers of a protest march under the banner "Against the Islamisation of Europe" which was due to place today in Brussels in spite of the ban by the city Mayor. The fact is that Europe and its values are indeed under threat, but the danger is not coming from Islam. Our common European values are undermined by bigots and radicals, both islamists and islamophobes, who exploit fears and prejudice for their own political objectives.

The self-proclaimed defenders of European values say that the Mayor has violated their rights under the European Convention on Human Rights. The freedom of assembly and the freedom of expression are indeed essential preconditions for democracy, but they should not be regarded as a licence to offend.

(Voltaire said, "I do not agree with what you have to say, but I'll defend to the death your right to say it." - I thought that idea has always been considered the cornerstone of our Democratic principles.)

I will not enter into the discussion about whether the march should have been allowed or not, but I note that the protesters' reading of the Convention is selective to say the least. It is very important to remember that the freedom of assembly and expression can be restricted to protect the rights and freedoms of others, including the freedom of thought, conscience and religion. This applies to everyone in Europe including the millions of Europeans of Islamic faith, who were the main target of today's shameful display of bigotry and intolerance. 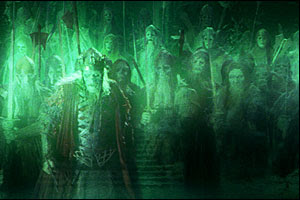 Just remember Belgium, you are first on our list. What does it say at the top of our page?

The Parallel Government Of The Entire World
All of us, every single man, woman, and child on the face of the Earth were born with the same inalienable rights; to life, liberty and the pursuit of happiness. And, if the governments of the world can't get that through their thick skulls, then, regime change will be necessary.

Yes, I believe regime change will be necessary.
Posted by Pastorius at 1:22:00 pm

Ok so that's very interesting.....probably explains why most of the Belgians I have met are so.....cold. This is an exact example of why Nazi's/Racists weaken our ability to resist Islamism. The majority of the population probably have a general moral objection to Racist/Nazi ideology....as a result a Politically Correct atmosphere prevails where no one not even the barbaric can be criticised....thus when facing Islamism a paralysis sets in....rendering the Infidel incapable of defence. The Police probably acted because they didn't want be to accused of racism and lose their jobs.....The result the population is drawn to the far right parties. Conclusion....Neo Nazi Govt in Belgium. Divide and rule....Mo wins....

Recommendation....Liberal philosophy must be willing to defend itself. Or cease to exist.

That's the message you got from my article?!?

I must be a failure as a writer.

Well I don't know about failure...but re the heavy handed Police response to the protest...we have seen this here in the UK aswell, when protestors marched chanting Jihadist slogans.....any one who objected was dealt with very heavily by the police, although not as heavy as that.....
Frustration at this seeming double standard drives people into the arms of the far right.....

Voltaire said, "I do not agree with what you have to say, but I'll defend to the death your right to say it."

Yes, that is true.

When a government ceases to serve its citizenry, then it is time for the citizenry to replace the government, by whatever means are necessary.