Life can be very cruel, as I found out recently. I have often said so, that life is cruel, and to many people, but I meant it as a way of impressing women with my world-weary cynicism, hoping that I might get a date on the strength of it, not really believing it. Not until now, that is. Now I know that life really is cruel. I found out that I don't have any artistic talent at all. And all this time I thought I was a genius. Turns out that even if I borrowed all the artistic talent there is from Mark Rothko and Jackson Pollock I still wouldn't have any talent as an artist. That's cruel. All my famous cartoons and other works of fine art Mohammed stuff, they're not as artistic as I thought. Seems I don't have speck of talent as an artist. And I don't care! 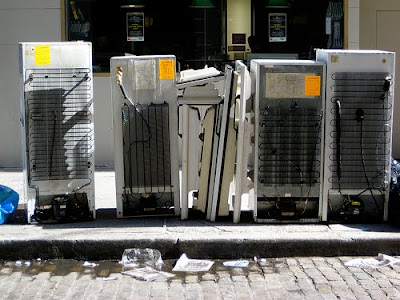 [Above: Dag-art of "Mohammed and the Four Rightly Guided Caliphs." Watercolour and ink. 2010.]

You know, dear reader, this isn't so much about me and my artistic abilities as it is about you and your right to express yourself by drawing Mohammed cartoons even if it upsets jihadis and sulky, thuggish leftards. It ain't about them. It's about you. Your right to freedom of speech is the central matter here, not the crap we get from those who make a life from being offended by anything they can dream up. Who cares what jihadis and leftards don't like? Not me. I hope you don't care either. I hope you don't care to the point that you too want to indulge whatever artistic abilities you might, or like me, might not have. You might like to submit a Motoon to the world just because you can. If people don't like it? So what. Just do what you think is your best Mo-effort, and I'll try to post it on the Internet for the world to see that free speech, even if it pisses off the leftards who love nothing better than being pissed off, even if it pisses off jihadis, and who cares what they think, you have a right, and a fair and honest right, to express yourself freely. Some will disagree. Fine, let them do their own cartoons about it.

Send your best Motoon to me and I'll try to post it on the Internet. I'm still Dag, but I'm at:

Mock around the clock!