Lena Dunham: Let's Save the Nasty Lookist Attacks for Women Who Aren't Feminists 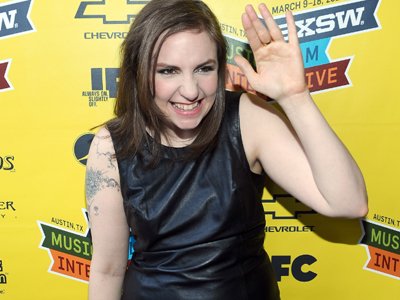 From Ace at Breitbart:

The voice of a generation speaks.  Or Twits.

@lenadunham Ladies: Anne Hathaway is a feminist and she has amazing teeth. Let's save our bad attitudes for the ones who aren't advancing the cause.

This is ethically retarded (and I do mean that word, and it is the right word).
If you spoke to a 14-year-old gang member and asked him why the Reds aren't allowed in "his" territory but his gang, the Blues, should be allowed in the Reds', he wouldn't even bother making some kind of generally-applying ethical claim; he'd couch his language in that of pure force: Because we're tougher, or whatever.
You'd hear much the same thing from primitive tribesmen, I'd imagine. Broad ethical rules, which bind and protect all and not just your buddies, are a mark of civilization; mere personal loyalty -- they're my tribe, they're my gang, they're my friends, so they just have more rights -- and "rules" based on nothing but the simple possession of physical force enough to impose them are the marks of primitive cultures.
We call it "tribalism" because it's a mark of a more primitive social unit, the tribe or clan.
But while we accept that juveniles and primitives think in these terms, we generally expect adults living in civilized countries-- particularly those who seem to fancy themselves Television Intellectuals with Much to Say to the Youth of America -- as understanding that an ethical code cannot, and must not, devolve into "My Friends Get Special Treatment Just Because They're My Friends."
Here, Dunham doesn't even bother with a pretense of that. She makes no efforts to even dress it up as something other than it is, a pure power-based friends-first people-in-the-tribe-have-special-priviledges resort to juvenile thinking, or primitive thinking.
Posted by Pastorius at 3:25:00 am