US business hits out at ‘Obamacare’ costs 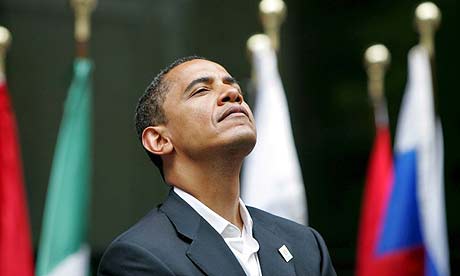 From the Financial Times:


(FT) – US retailers and restaurants chains that employ millions of low-wage workers are considering cutting working hours or paying fines rather than enrolling employees in health insurance plans under Barack Obama’s landmark healthcare law.
Employers are concerned that the law increases the cost of insuring employees on existing plans, partly by broadening the range of benefits. It also requires companies to insure some employees not previously covered.
David Dillon, chief executive of the Kroger supermarket chain, told the Financial Times that some companies might opt to pay a government-mandated penalty for not providing insurance because it was cheaper than the cost of coverage.
Nigel Travis, head of Dunkin’ Brands, said his doughnut chain was lobbying to change the definition of “full-time” employees eligible for coverage from those working at least 30 hours a week to 40 hours a week.
Some restaurants, including Wendy’s and Taco Bell franchises, have explored slashing worker hours so fewer employees qualify for health insurance, arguing that they cannot afford the additional healthcare costs. Other businesses are deliberately keeping headcounts below 50.
Mr Dillon said Kroger intended to continue covering all full-time employees but maintained that parts of the law were “simply not workable”.
“If you look through the economics of the penalty the companies pay versus the cost to provide coverage, the penalty’s too low, or the cost of coverage is too high, or the combination is wrong,” he said.
“If [policy makers] get those things too far out of balance, everybody will have to reconsider their position on that point, including us. But we’re going to wait and see how that all develops.”
The penalty for not providing coverage is $2,000 per worker. According to the Kaiser Family Foundation, a non-partisan policy group, the average annual cost to employers of insurance is $4,664 for a single worker and $11,429 for a family.
Companies with more than 50 workers have to pay a penalty if they do not provide full-time employees with health insurance. The employees can instead buy private coverage subsidised by the government on new insurance exchanges.
Darden, a US restaurant chain, last year said it was considering slashing its workers’ weekly hours to below the 30-hour threshold but later retreated from the plan after a backlash.
The Obama administration maintains that the law, known as the Affordable Care Act, will improve access to insurance while reducing healthcare costs. A spokeswoman for the government’s health department said that non-partisan studies showed it would have a negligible effect on the labour market.
Read the whole thing.
Posted by Pastorius at 2:31:00 pm