A Gathering Storm Of Condemnation Against Fitna 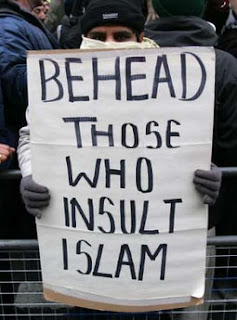 
Muslim countries warned Friday of strong reactions to an anti-Islam film posted on the Internet by far-right Dutch deputy Geert Wilders, though initial reactions in the Netherlands were calm.
Wilders posted his film "Fitna", featuring violent imagery of terror attacks in New York and Madrid intertwined with Koranic texts, on the Internet on Thursday.

A handful of Muslim countries had responded early Friday, with Iran saying the short movie showed some Westerners were waging a "vendetta" against Islam, and warning of 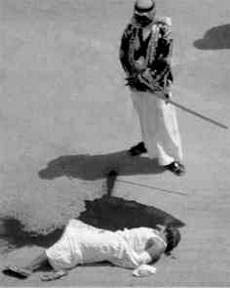 Bangladesh also said the film could have "grave consequences", while a coalition of Jordanian media said it would sue Wilders and launch a campaign to boycott Dutch products.

The European Union's Slovenian presidency also attacked the film, saying it served "no other purpose than inflaming hatred."

In an interview with AFP Wilders said "it was not my intention to cause riots," and he was happy about the mild reaction in the Netherlands.

As part of damage control efforts by the government the Dutch ministers of justice and integration met Friday with organisations representing religious and minority groups to talk about the film ahead of weekly prayers in the country's mosques.

The right-wing Telegraaf paper said that "Friday prayers are crucial," and warned of possible violent reactions to come from abroad especially in Pakistan and Afghanistan.

But the left-leaning Volkskrant said the film "was not as over the top as expected".

Christian paper Trouw summed it up as "'Fitna' offends but does not surprise", while the popular Algemeen Dagblad concluded "the book, the Koran, is better".

On Thursday the Dutch government was quick to say it regretted that the film finally aired, despite calls on Wilders to reconsider.

"The film equates Islam with violence. We reject that interpretation," Prime Minister Jan Peter Balkenende said in a solemn statement a few hours after the film appeared on the LiveLeak video sharing website.

The first minutes of the 17-minute movie show a Koran being opened and the text of a sura from Islam's holiest book, which translated from Arabic implores the faithful to "terrorise the enemies of Allah".

The government said the public prosecutor's office was investigating the film to see if it broke any laws, but the general feeling of legal experts in the Netherlands was that although it may be seen as offensive by some it was not illegal.


The Dutch Prime Minister is upset that Wilders movie equates Islam with violence. And, why is he upset?

Because he's worried that Muslims will become violent.

You know he wouldn't be making statements like this if someone made a movie condemning Christianity as violent.

The Dutch Prime Minister is a coward.
Posted by Pastorius at 2:50:00 pm

Correct me if I'm wrong, but Christianity USED to be inhumane violent and there have been plenty of movies, shows, books and writing on that. It's taught as a history lesson.

But, I don't recall any violent uprisings over that.

Are the Muslims ignorant? Why can't they get it in their thick skulls that the violence that they have been told to use and is taught to them through the koran in the mosques and schools, is just plain wrong?

Or in denial? They have been raised to believe that everything taught to them through the koran in the mosques and schools, is right.

I cannot accept either argument anymore. It is the 21st century and there is hardly a soul living on earth, that is THAT isolated.

And for all of the OTHER idiots, those who kowtow to the muslims and allow them to continue their archaic belief, use and threaten violence to get their way, shame on you.

Once the inhumane treatment and violent behavior, that continues to this day is denounced and given up, there will be no reason for any of us to show it.

Except as a history lesson.

No one can be that isolated, except behind a wall of enforced ignorance. Many Muslims believe the Koran teaches them everything they need to know. Everything else is useless. So, why bother learning?

So it's a combination of ignorance and denial.

Crazy, stupid people. That's all I can say.

Oh, I don't mean to let them off the hook. They are adults, so that means it is willing ignorance and denial.

The world is in real trouble when adults set down their responsibility and decide to act like children. And, that is the case with Islam.