Fitna Is An Elaborate Practical Joke? I'm Not So Sure About That 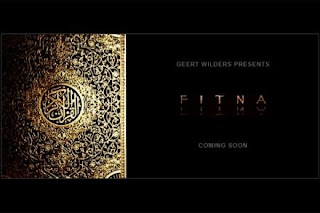 It is being reported that the Fitna Movie is merely an elaborate practical joke, played by Geert Wilders. The idea behind the joke would have been to show exactly how much the world could get worked up over the mere rumor of a movie.

Read the text now posted at the Fitna Movie website:


It should be fairly obvious by now that there is no "Fitna" movie. No movie to insult Islam or Muslims or anyone else for that matter. The month of April is upon us, we all know the month of April starts with the 1st April and that day is famous for (practical) jokes.

Holland might not be considered as a country with a great sense of humour but ever once in awhile even in Holland they crack a joke. So, bottom line; if you are here to find the Famous Fitna movie I guess you have been had !!!

On the other hand, if you are worried about how much unrest the rumour of a 15 minute movie about Islam can create, maybe it is time to identify and deal with the issues at hand.

When points of view are miles apart, the truth can usually be found near the middle.


In my opinion, those last two paragraphs do not represent Geert Wilders world view.

They certainly do not represent my world view.

I'll give you an example of how absurd this statement is, and why it likely did not come from Wilders.

Could the truth "be found near the middle"?

And, Wilders knows that we are in the same situation with Islam. Radical Islam is a Nazi-like threat. The world view of radical Islamists is a hate-filled world view which allows for no Freedom of Conscience, Freedom of Religion, or Freedom of Speech.
There is no middle ground to be had with such a world view.
Think about it, implicit in the above message is the idea that we are somewhat crazy to believe that Muslims will go nuts over the mere release of a movie. Recent history shows us that Muslims can and will riot and murder over the slightest provocation. So, it is not at all crazy for us to expect it from them.

I have to wonder who has hacked Wilders site. Sounds like a Leftist to me, someone who doesn't believe there are real truths in this world.
UPDATE: Others are buying it. If I this statement really is the words of Geert Wilders, then it is poorly worded, in my opinion.
UPDATE II: Thanos at Noblesse Oblige says the above-linked site is NOT Geert Wilders site in the first place, so as I thought, the message is probably not Wilders' message.
UPDATE III: A comment from Jihad Watch (with thanks to Revere Rides Again):
No movie after all? - Robert, there is a movie called FITNA made by Mr. Wilders. I have seen it. It is not exciting for the JW geeks. In my view, the movie is well done, which depicts Kuran and violence in very graphical fashion that we all know and appear to agree to.
Mr. Wilders told us, he will release it perhaps later, though he has not decided on the date. I hope JW folks will remain patient. Posted by: MusHuntCowboy at March 24, 2008 12:47 PM
Posted by Pastorius at 3:34:00 pm

I just commented on this on your earlier post. I don't know what to make of it, either. Wilders demeanor (the little I've seen on the news) doesn't seem to have been the one of someone getting something over on the world. But Macsworld is showing this same info and now so, too, is Atlas. I agree I think the story of the hoax is the hoax.

Yes, thank you. I got the news from you.

I just added a hat tip to the post. Thanks for providing the links.

No, I don't think those are Wilders words. If so, then he has been lying to us for a very long time, and I doubt that.

Let me be clear about this, if those are Wilders words, then he has been lying to us since long before he ever spoke of making a movie.

That does not sound at all like Wilders to me. But then, I've been fooled before. I hope this isn't another one of those times.

I've got more background on this, the real site and network solutions, who owned NS and who now owns it here:
http://noblesseoblige.org/wordpress/?p=2109

Someone apparently from Europe has posted in the Comments section over at JW that the Fitna movie does indeed exist and that he has seen it. According to him it is a well-presented comparison of the Koran to Mein Kampf but not at all inflammatory in style.

So I guess wait and see is the way to go for now.

RRA,
It is hard for me to believe anyone on our side read this statement, after-coffee, and didn't wonder about its veracity.

Thanks for the note on the Jihad Watch comment.

fitnathemovie.co.uk is a FAKE site!
I've followed Geert Wilders in the dutch press and on his website, he has plainly stated that the only website he has registered for his movie is "fitnathemovie.com". All other are hoaxes and fakes.

I wonder why all the other big bloggers believed this hoax?

I can't imagine that Wilders has been running any kind of scam.

Pastorius's points are well made in this posting.

Muslims Against Sharia neither endorse nor condemn "Fitna"; we have not seen the film. However, we find it disturbing that Network Solution suspended "Fitna" website while hosting a multitude of radical Islamic websites, some of which belong to (or are closely affiliated with) terrorist groups.