The Messenger Must Take Control Of The Message 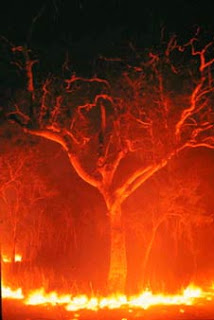 It boggles the mind that there is this almost conspiracy of silence that permeates the free world on the issue of the actual threat level Islamists pose. Let us look dispassionately at the situation, Those who claim to represent the very same people our respective governments have defined as the 'Enemy' are able to operate at street level using base level gangsterism and intimidation to silence criticism. In days past the state reaction would have been extreme...The result of inaction is fear on the part of lawful citizens who are morally oppose to the teachings of Islam. Under UK law we are not allowed to physically defend oneself, circumstances of a valid self defence are (in practical terms) extremely vague, even the Police will not say 'You have the RIGHT to defend yourself'. You may get away with self defense if the other person had a shotgun and you had your bare hands, for example. A self defense court case would probably rule against the defender(EG...Cases where a homeowner with no prior record has caught an armed intruder in his house in the dead of night, hit him with a table lamp, and then ended up serving 17 years in jail ETC), the use of firearms to protect ones family is certainly NOT permitted and the result of this is extreme timidity in associating ones face and name with an Anti Jihad message. It's not cowardice, it's pragmatic reality. Of course this then gives the Islamists a free run....will the state ever recognize the ACTIVE FIFTH COLUMN amongst us....? If we were truly a civilization that gave more than lip service to freedom and justice would we still be as scared bunny rabbits transfixed by the oncoming headlights....before the inevitable disaster. We see the danger, we know the danger....and yet we allow the state to get away with a distinct lack of progress in even securing our streets. If we were allowed by law to start self defense groups, militia's, call them what you will, then I would. combating the threat without crossing the line and becoming an enemy of the state is the challenge. My instinct tells me that as a non state function, private groups should form to provide security for those brave enough to speak out, but how to do it without drawing the attention/interest of (ironically) anti terrorist (state)agencies. The final point is, Why is there a need for citizens to consider this option. If citizens must become criminalised to practice their freedom of speech without fearing for their lives, then surely the wolf is not at the door...but amongst us. If the state is not in control of our streets, then who 'really' is? I salute all of those brave enough to put their heads above the parapets and contribute with thought out, balanced Counter Jihad.

Anyway, one of the advantages of us all making the threats public in some sort of organized way is that we will all become part of the team, and we will all feel more responsibility towards each other.

This might serve the purpose of helping us to get organized about our response.