More on the Chrysler Dealership closings-- 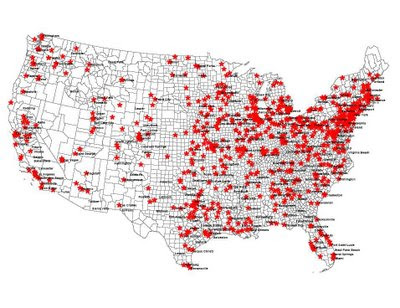 Click to Enlarge
Gwynne From Texas put together this US map of the closed dealerships.

Doug Ross reported today that if you were a Democratic-donating Chrysler dealership group the odds of you losing a dealership was close to zero. In all of the789 dealerships to be closed, World Net Daily found that owners contributed $450,000 to GOP presidential candidates; $7,970 to Sen. Hillary Clinton; $2,200 to John Edwards and $450 to Barack Obama.

Doug pointed out that four Democrat dealer groups that were insulated from the Chrysler closings. This even included corrupt democratic-donating dealerships.

Dealmaker Auto Group was fined this year by the New York State Attorney General for fraudulent practices including not paying off loans on vehicles traded-in by customers. 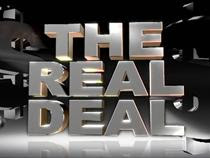 But, they were allowed to keep all of their Chrysler dealerships open.
The owners of DealMaker Auto Group are big Democratic donors.

Just two months ago Dealmaker was fined by the NY Attorney General.
9WSYR reported on this corrupt auto group:

In addition to the $44,000 that the company must pay to the state, DealMaker must also produce an independent examiner who will oversee the company’s compliance with the court order. This examiner must also be approved by the Attorney Generals Office.

“This company has repeatedly ripped off consumers through its fraudulent business practices,” said Attorney General Cuomo. “This order puts the brakes on illegal practices and sends a message to all businesses that they will be held accountable to their customers.”

DealMaker has locations in Watertown, Syracuse, Theresa, Ogdensburg, and Potsdam.

But, for some strange reason this corrupt dealer group was spared by the Obama Auto Task Force.

Again here is what we know so far--
** Earlier it was reported that the Obama Administration may have targeted GOP donors in deciding which Chrysler dealerships would have to close their doors.
** Later it was discovered that a Big Dem Donor Group was allowed to keep all 6 Chrysler dealerships open.... And, their local competitors wereeliminated.
** The Auto Task Force, which includes Obama cabinet members, is reportedly calling the shots on which dealerships will close and stay open.
** Steven Rattner leads The Auto Task Force and is married to the former National Finance Chair of Democratic Party, Maureen White.
** The closings in several instances appear to benefit Dem donating dealers where local GOP-linked dealerships were closed.
** Even Rep. Vern Buchanan (R-Fla) lost his Chrysler dealership in Florida and found out from a colleague on the House floor.
** Lithia Motor Group's owners gave $15,000 to two Democrat candidates and support nationalized healthcare. They will likely lose just two of 29 dealerships and gain 5 more.
** One report claims the odds that these Chrysler closings occurred without partisan bias are less than 1%.
** After closing the 789 dealerships Chrysler announced that they are already looking to open new franchises.
** Chrysler dealership owners donated to Republicans over Democrats by a ratio of 76% to 24%.
** Using the list of all 789 dealerships to be closed, WND found that owners contributed $450,000 to GOP presidential candidates; $7,970 to Sen. Hillary Clinton; $2,200 to John Edwards and $450 to Barack Obama.