EU Election: Appointed Pedophiles And The Case Of Child Rapists

EUSSR is similar to the former USSR, the parliament, the Duma, the commission, the Politbureau, not surprisingly it is a nest of corruption and unelected rotten people wielding power and deciding over your life.
The president of the commission, Jose Manuel Barroso was one of the leaders of the underground Maoist MRPP (Reorganising Movement of the Proletariat Party, later PCTP/MRPP-Communist Party of the Portuguese Workers/Revolutionary Movement of the Portuguese Proletariat) - Barroso like many other powerseeking left fascist extremists reinvented themselves into the mainstream, make no mistake, these people are still what they are.
The following illustrates aspects of their morality.

Here we are, a few words about Brussels and how it feels about child abuse. I’ll move onto the elections for the European parliament in a moment, but given the horrors of the Ryan report last week, I thought that you ought to know how seriously the euro-elite treat any suggestion of improper behaviour by adults towards children.

In other words I give you Daniel Cohn Bendit, an MEP for the German Green Party. He is a self-confessed kiddie-fiddler, but pulling down his trouser zip for tiny children hasn’t stopped him becoming one of the most influential members of parliament. Here is his story. Keep in mind this man has more power over the legislation of this country than does any member of the Dail.

Mr Cohn-Bendit is better known as Dany the red of the 1968 Paris Barricades. He is a kind of mid-century leftover leftie who was active in squatting, street fighting and agitation before he re-invented himself as a Green and was elected to the European parliament. 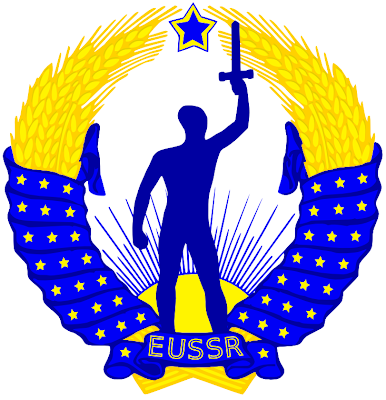 children. You may remember the Marc Dutroux case in Belgium. It could be called the most horrific example of child rape and murder in Europe since the war.

Known as the beast of Belgium, Dutroux is now serving a life sentence for a series of child kidnappings, rapes and murders in 1995-96. He kept some of his victims locked in a dungeon he had built in his basement. Two eight-year-old girls starved to death there after Dutroux was arrested and served a short prison sentence for car theft: his wife didn’t bother to open the dungeon door to feed the girls.

Part of the great mystery and scandal that accompanied the case was the relentless incompetence of the authorities, at that time led by the Justice Minister, Melchior Wathelet. For years, as victims were kidnapped and murdered, police files were full of reports and tip-offs that Dutroux was selling young girls. Yet Dutroux stayed free. In the end Mr Wathelet was forced to resign in disgrace. And his reward for incompetence in the administration of Justice was – to be appointed a judge at the European Court of Justice.

But still back to the elections of the European parliament. And that also takes us back to the arrogance of the euro-elite. Just in case it had slipped past you, the voters of Europe are supposed to be voting to determine the membership of the next European parliament which, under existing European law, that is to say, the Nice Treaty, will have 736 seats. But the euro-elites are manoeuvring to make the voters elect 754 MEPs – that is, to elect an extra 18 politicians to the lushly-paid parliament, even though these politicians will have no seat to fill. The euro-elite want the 18 to have full salary, full tax-free allowance for every day they turn up at the European parliament building, full expenses, business-class travel allowances and all the rest. The 18 will be given everything except a job.

The excuse given? That the Lisbon Treaty allows for the creation of an extra 18 seats. So even though the treaty is not yet ratified, the 18 extra politicians ought to be elected and paid as MEPs until the Lisbon Treaty comes into force. Note that arrogance: the treaty has not yet been ratified, and indeed,
may yet come totally off the rails if Gordon Brown is forced to call a general election in the Britain. It may never become law. Yet the euro-elite intends to ignore that fact. They expect the European voters, sheep that we are all assumed to be (and given the docility of the Irish in accepting a second referendum yet again, we have certainly proved to be sheep) to ‘baaaa-baaaa’ their way into the polling booths and deliver 754 MEPs for 736 seats.

I will remind you of just a few examples of how the euro-elite have been for years seizing important new powers which were supposed to theirs only after the treaty was made law by the member states. There is the European Space Policy (which is now developing military use for the European Gallileo GPS system),the European Defence Agency, the borders agency called Frontex, and the European Union Agency for Fundamental Rights. Each of these institutions was meant to be created only after the ratification of the European Constitution. When that collapsed, and even before it was re-packaged as the Lisbon Treaty, the euro-elite used legal trickery to start constructing these new institutions anyway.

To repeat: European law is whatever the euro-elite say it is.

I know of a situation similar to that involving the Dutroux couple that has been going on in this country for decades. As in the Belgian case, children are being sold for sex to politicians an other persons of influence. Unfortunately the influence-peddling has spread to such an extent that it is unlikely to be exposed and resolved. One can only wonder what political deals are accompanying the pandering.